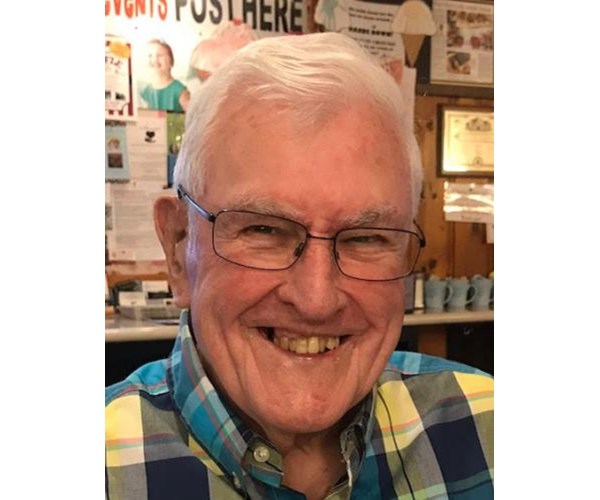 By admin Last updated Oct 23, 2021
Share
William Francis Grady, 92, of Fogelsville passed away peacefully on October 19, 2021, listening to his favorite classical music, sheet music from films, the stories told by his children and grandchildren, as well as tears and laughs he would have enthusiastically encouraged if it had not been asked. . Dad had a great sense of humor, a quick wit, and the ability to turn a sentence without missing a beat, even in his later years.

Bill for most of those who knew him, but Popeye for his beloved grandchildren, was the fourth of six children born to Leo Cleveland Grady, Sr. and Margaret Emma Grady (Colwell) in North Adams, MA. A product of the Great Depression, Dad became legally blind in his left eye at the age of 3 and lived to witness the advances in medicine and technology that most now take for granted. He was the embodiment of the value of education – both in the academic sense and that provided by a life lived as great as his physical presence. He graduated Cum Laude from North Adams Teachers College in 1951, received his MA from Albany State University in 1953, and pursued a doctorate. at Columbia University College of Teachers, where he also taught. In what would be unfathomable for most college students today, he hitchhiked more than 40 miles each day from his parents’ house in Pittsfield, MA to North Adams, MA to graduate from first cycle, then 80 miles each day from Pittsfield to Albany, NY while earning her Masters!

Dad’s professional accomplishments were numerous, but without a doubt his greatest pride was when he taught the History of Advanced Placement classes at Bay Shore High School, Bay Shore, NY in the late 1950s. organized living history experiences for her class, including hearings with Eleanor Roosevelt in Hyde Park; lunch with President Herbert Hoover in his apartment at the Waldorf Astoria; and a visit to the United Nations Mission of the Soviet Union in New York at the height of the Cold War.

Dad’s worldview was shaped not only by the sacrifices required of those who lived through the Great Depression, but most impressionably, the sacrifices required of citizens during World War II and the Korean War. While his military service was limited to two years at Fort Lee, Va., It allowed him to better understand the racial inequalities of American society and strengthen his staunch faith in civil rights, the common good rather than individual gain. , empathy for the less fortunate and the Corporal Works of Mercy.

His dynamism, energy and zest for life were often not matched, either in the quantity and scope of his readings; his ability to perform physical work; or the use of an expansive vocabulary refined by his academic activities. His more “creative” vocabulary was further expanded by his part-time jobs at truck terminals, highway construction jobs, and railroad repair crews to prepare for college. He was perfectly at ease in the company of people from all walks of life. He liked heated debates (steeped in profanity), laughter and the disrespect in his typically thundering voice. These are just a few of the most notable features of “WF”.

One of her greatest joys was attending the various activities of her grandchildren and loudly cheering them on! He encouraged and championed us all, and he maintained an innate curiosity for anything that touched our lives. He was an avid reader in particular of the New York Times obituaries which he believed contained the greatest lessons in history and enjoyed wandering his garden and feeding / bird watching.

In lieu of flowers, the family would encourage donations to the Second Harvest Food Bank of the Lehigh Valley c / o the Funeral Home, PO Box 52, Fogelsville, PA 18051 or directly to https://shfblv.org or to a charity of your choice.

The family would like to thank all of the staff at Lehigh Valley Hospital and Hospice for their excellent compassionate care.