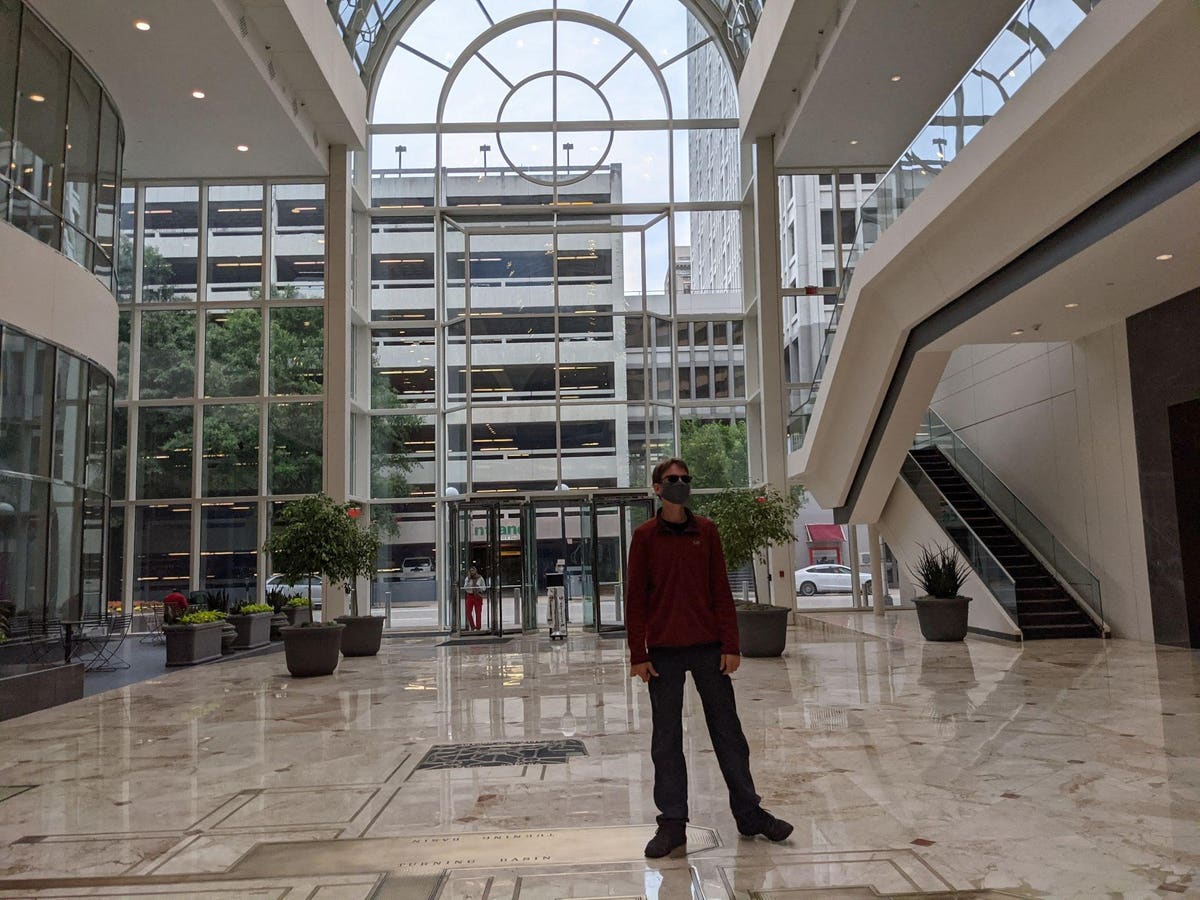 COVID 19 was almost gone, but in Charlottesville, Virginia, the rules were still rules.

At Dairy market, a new food hall near the University of Virginia grounds, strict social distancing and mask requirements remained in place. Masks were compulsory in the interior public space. The guests obediently stood six feet apart in the Moo Thru line, awaiting their sundaes.

Paul Cooper, CEO of the developer Retro hospitality, explained that in the event of a pandemic, everything goes a little slower – and with more caution. The former Monticello Ice Cream Company site, home to food stalls from some of Virginia’s most famous restaurants, has moved its opening date to keep everyone safe. Although the Dairy Market has already welcomed its first guests, the inauguration was not scheduled until mid-June.

“We left nothing to chance,” he said.

This describes Virginia’s overall attitude to COVID security, including travelers I met on this segment of our 10,000-mile adventure circling the United States to find out the effect of the delta variant on l tourism industry.

This is the third in a series on an eight-month, 10,000-mile trip around the United States during the rise and fall of the Delta Variant. here is part one on how the delta variant changed travel and part two on COVID amnesia in the South.

The scene repeated itself in Charlottesville, Richmond, Williamsburg and Virginia Beach in the days leading up to Memorial Day, the unofficial start of the summer travel season. Although COVID appears to be a thing of the past, authorities have continued to urge travelers to be careful. For the most part, people have complied. They had no idea COVID was planning a return and that a new, more dangerous variant was lurking around the corner.

Virginia in May 2021 is a fascinating compliance case study. The state was one of the few to issue strict working conditions health and safety rules linked to COVID-19. It has also had – and continues to have – some of the most rigorous rules relating to mask wearing and social distancing.

The change was noticeable almost as soon as we crossed the state border from North Carolina. Travel restrictions in the United States were all over the map. Just as the masks had come off when we entered Texas a few weeks earlier, the face covers came back when we drove north.

I had grown used to being without a mask. But after stopping at a gas station, where everyone was wearing face coverings, I felt almost naked. My three teenagers, who were traveling with me, searched their luggage for their masks and wore them for the duration of our trip to Virginia.

Interestingly, the other travelers we met quickly complied with the state’s strict COVID rules. Although signs everywhere invited visitors to hide, we complied more with peer pressure. No one reads the signs, but a dirty look from a barista or hotel worker is enough to get you to reach for your face cover.

Do what it takes in Richmond

The state capital felt empty. Two James Center, the office building next to the Omni Richmond Hotel, almost looked like the set from one of those post-apocalyptic films. Where were all the people? Downtown hotels that cater to business travelers have been hit hard during the pandemic and the recovery has been slow. Many offices at the James Center were empty as the workforce moved away.

There were other visitors to Richmond, but they avoided interior spaces like the Virginia Museum of History and Culture (too bad, because this is one of the best museums in the south) and instead I headed outside to hike or boat along the James River.

We decided to do the same and headed to Upper Shirley Vineyard in Charles City, VA for two hours. bike tour. There, attitudes towards COVID seemed a bit more relaxed. It wasn’t like Walt Disney World a month ago, where people wore face coverings inside and out. But everyone always kept a polite distance as we passed rivers and cornfields.

For the first time since we left Arizona, the travel industry and customers seemed to be on the same page: they wanted to play it safe. But that doesn’t always work when other neighboring states leave it up to businesses and visitors to decide whether to take the recommended precautions. The virus is traveling.

Attitudes towards COVID barely changed as we drove to the coast. At Wyndham Kingsgate Club in Williamsburg, Va., guests and staff obeyed all the rules. It took an appointment to use the pool, and people weren’t getting together like they had in South Carolina. Here, other guests gave you plenty of room when they saw you arriving, scurrying across the street to avoid even the possibility of contact.

If you have ever been to Colonial Williamsburg, then you know that one of the best parts of the living history museum is the reenactment. Face coverings weren’t a part of colonial life, but some of the authenticity has to give way to health concerns during a pandemic. The 17th-century soldiers and artisans who guided visitors through the city also wore white masks.

Colonial Williamsburg, like many tourist attractions in Virginia, has gone to extraordinary lengths to keep its visitors separate. He added anachronistic hand sanitizer stations throughout the facility. And he set up a new contactless ticketing system through its application. OK, let’s drop any pretense of authenticity. In Williamsburg, it was safety first – and overall, guests have complied with COVID rules.

You would think that going to a place like Virginia Beach for Memorial Day would be a chaotic experience. Not this Remembrance Day.

Of course, the beach was a bit busier, but take a stroll around the neighborhoods around the Marriott Virginia Beach oceanfront, and things are much more subdued. I expected more outdoor gatherings and maskless interactions and lots and lots more crowds. Instead, my kids and I found that the neighborhoods with vacation homes on the north end of Atlantic Avenue were almost abandoned.

Some residences even had their winter storm shutters. Where were the people? The answer: COVID kept them away, even during the busiest vacation weekend in Virginia Beach.

I met Taylor Adams, the deputy city manager of Virginia beach, for the lunch. He acknowledged that the city’s recovery from COVID was a work in progress. But it had affected his city much less than they feared.

“Things are going to get back to normal,” he said. “Ultimately.”

Following COVID rules is no guarantee of success

With the weeks spent crossing Virginia in our rearview mirror, some things are clear now. You can have the cooperation of travelers, who are among the main vectors of an infectious disease, as well as that of public officials and the tourism industry – and that is still not enough.

Virginia has seen a wave of delta cases, peaking with 9,252 new infections on September 13. This is the second highest number on record by the state, at least so far. Virginia did almost everything right, and so did her visitors. And the state still ended up with a deadly increase in delta cases.

We didn’t take any risks either. I found the closest CVS and made an appointment to get my teenagers vaccinated while we were in Virginia. The Pfizer vaccine had recently been approved for people aged 12 and older, and although the number of cases was heading south, we couldn’t know the future.

I could not have imagined what was to follow. As we set sail for the nation’s capital, we were poised to witness the shocking destruction of COVID.

Next: Trip to Washington, DC, exposes the devastation caused by the pandemic on the US tourism industry.