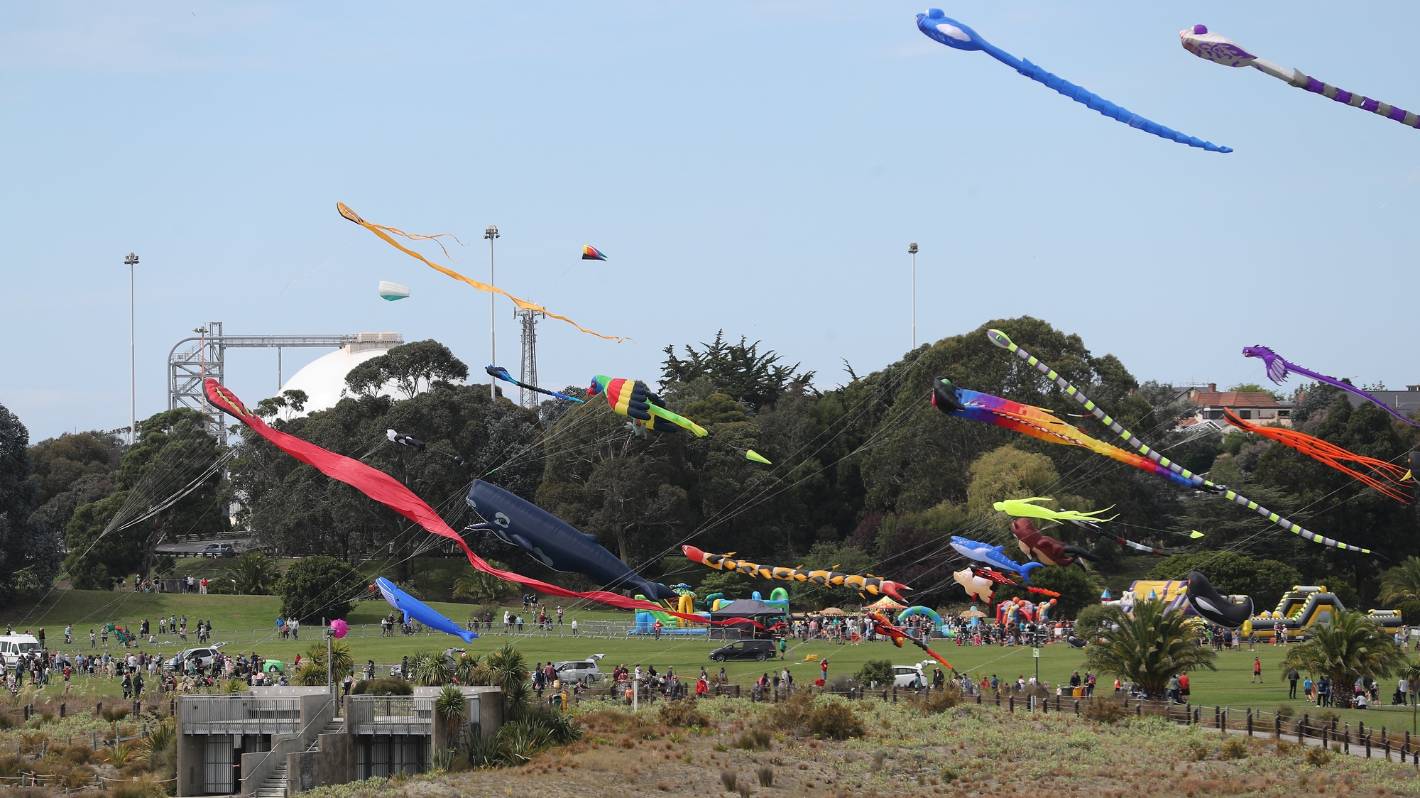 A huge kite show over Carolina Bay capped off Timaru’s seaside festival, with hopes the event will return bigger and better next year.

The festival, originally scheduled for February 3-14, was moved back to February 3-7 due to Covid-19 restrictions, including the flight of 35 kites over the bay on Monday.

The event was organized by Venture Timaru, with a grant from the central government and included a sand sculpture built on the bay, an inflatable festival, music and several competitions.

The festival will end with a free screening of the film About time in Caroline Bay on Monday night.

“They were highly anticipated and they didn’t disappoint,” Carter said.

“There was enough wind, the weather played its part.”

Carter said projections of inflatables, sand sculptures and films on the bay have also proven popular.

“We had to change things because of the restrictions, but what this weekend proved is that if you put in something worthwhile, the community will pull through,” he said.

“We hope to go further and better next year and bring Stafford St retail into the festival. Planning is already underway.

“One of our intentions was to stimulate business and the economy through the downtown area.

“It’s proven difficult with the Covid-19 restrictions and all, but it’s something to work on more closely with new events next time.”

Carter said Timaru has traditionally been “well served” by the Caroline Bay Carnival – first canceled in 2021/22 due to Covid.

“The idea is to try to build on the success of carnival and bring something different to Timaru,” he said.

“It’s a way to extend the summer festivities for about a week. We are already starting to talk with various organizations, and with Venture Timaru, about what we could bring to the city next year.

Other events that may take place next time include a music in the Timaru Botanic Gardens event and a polo in Caroline Bay.

“If we can get the tides right, polo could be pretty spectacular,” Carter said.

“But there are all sorts of things we would like to try.”