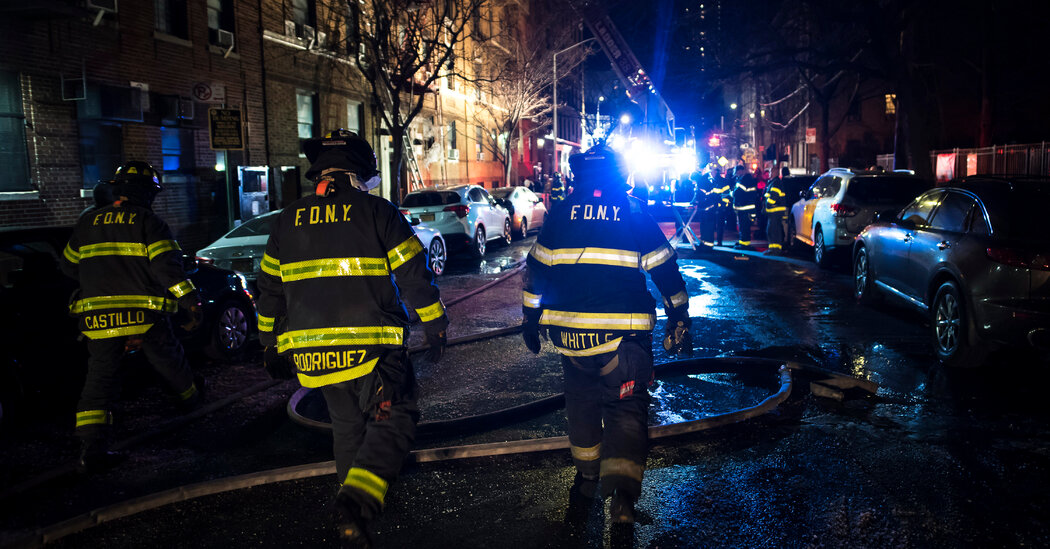 These are the deadliest residential fires in recent U.S. history

A dozen people, including eight children, were killed when a fire devastated an overcrowded townhouse in Philadelphia, in one of the deadliest residential fires in the country’s recent history. Investigators are investigating the possibility that the fire was caused by a child playing with a lighter near a Christmas tree, according to a warrant application filed in state court.

Five children were killed in a fire at a day care center in a two-story house in Erie, Pennsylvania. The town’s fire chief said the house only had one smoke detector – in the attic – and had overloaded extension cords under a sofa. The victims were between 9 months and 14 years old and were sleeping upstairs in the two-story house when the fire was reported.

Ten children died when a fire broke out in a building in Chicago’s Little Village neighborhood. The children were attend a slumber party at the time. The building owner has been cited for more than 40 building code violations.

Thirteen people died when a five-alarm fire engulfed an apartment building in the Bronx, New York’s deadliest fire in more than a quarter of a century. The fire started as a 3-year-old boy was playing with the burners of a stove, authorities said at the time.

A hotplate heating up food for the Sabbath started a fire that ravaged the Brooklyn home of an Orthodox Jewish family, killing seven children. There was no smoke detector on the first floor of the house where the fire started or on the second floor where family members were sleeping.

Ten people, including eight children, were killed when a fire swept through a house in Brockway, Pennsylvania, a rural town about 100 miles northeast of Pittsburgh. The victims aged 4 months to 40 years.

A fire on Christmas Eve at a high-rise hotel that had been converted into apartments for the elderly in Johnson City, Tennessee, killed 16 people, including 14 residents. The fire, which broke out in the living room of one of the apartments, left 30 people injured, including 15 firefighters.

A police helicopter dropped a bomb on a townhouse in west Philadelphia where members of the communal and anti-government group MOVE lived, an action the city council apologized for in 2020 after decades of harsh criticism . Eleven people, including five children, were killed and more than 60 neighboring houses were destroyed by the fire.

A man with a long criminal record and history of mental illness intentionally started a fire in an apartment building in Waterbury, Connecticut, after an argument with a niece who lived there. The fire killed 14 people and displaced more than 100 residents. The man was sentenced to two consecutive life sentences for the arson.