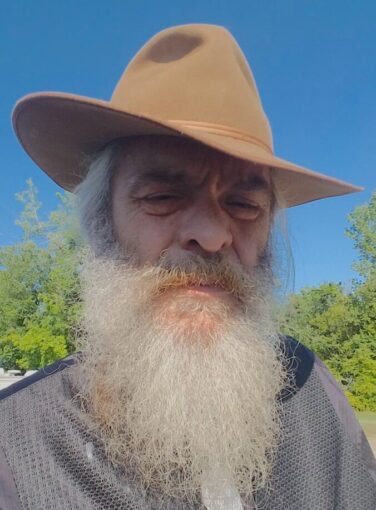 Note to my readers: I don’t like reprinting columns, as I consider it a lazy habit. However, people ask me about this one every year.

At a time when our country is so divided, I could find plenty to talk about this week. The roots of these divisions have different names and different mores today, but the gardeners who nurtured those roots are much the same – people who benefit from continued conflict when the ordinary American wants to sit down and resolve problems and then move on with our lives. . Unfortunately, the politicians and the powerful are the same, regardless of their place in history.

We have to stop the strife, friends. We’re really not that far from being in a bad place again, and we as Americans are better than that. We can pleasantly disagree, as the saying goes, and vote as we see fit if we want to change things.

The column below is an edited version of the previously published piece of the same name.

As important as Independence Day is to me as an American, I also need to remember the date as a Southerner.

From July 1, 1863, to July 3, 1863, many Americans, both North and South, had other things on their minds than barbecue, fireworks, or the beach, things that many of us will enjoy this week.

According to my research, I had 11 family members who fought or served in the war between the states. I won’t use the other incorrect name for this war, because I’m no lemming, and refuse to go with the prevailing tide when it comes to names, especially when they’re inaccurate.

Of my 11 relatives in the war, at least one, probably two, and maybe three were present when General Robert E. Lee’s army entered Pennsylvania and stopped in a small town to buy shoes.

Thomas Traylor – he was rarely called “Tom”, then “Captain Tom” – was my father’s great-uncle. We have a silver cup that Thomas won as the best shot in the Petersburg Light Infantry Greys, a militia unit he eventually led, for a time, as a regular unit of Virginia Troops. On July 3, Thomas held a staff position. This probably saved his life, as his unit was one of those that crossed the fields in what is now known as Pickett’s Charge.

Thomas came from a wealthy family, and late in life, when my father knew him, “Captain Tom” was a gentleman. From the stories Dad and Aunt Eleanor (his daughter) told me, Captain Tom was the model Southerner. He was tall, blond, polite and charming; he drank a little, but not much, and he was an honest businessman.

He was also – perhaps – the only one in my family at Gettysburg who could read and write. He called the place “a field of pain and sorrow”.

Ellis Covert was probably anything but the classic Southern gentleman. Ellis was a great-uncle, or whatever equivalent of cousin, on my mother’s side of the family. He was from a place along the Chesapeake that had good fishing and solid farms. Ellis was apparently a sickly man; I found several mentions of him on sick lists. Whether he had a nervous stomach or an incredible gift for saving his own skin, private Ellis Covert, fisherman, height 5’4″, single, tended to end up on the sick list before major events like Fredericksburg, the valley countryside, and yes, Gettysburg.

Ben Weaver is one of those parents that all good families in the South like to forget. He, too, had a special skill—that of being able to desert to the enemy, return to another unit in Virginia, and then desert later if the mood suited him. How he was never shot I will never understand.

Ben disappeared from his unit rosters after about March 1963, and another Ben Weaver appeared on a Pennsylvania unit roster in April, according to one of my genealogy-obsessed relatives. Since the Pennsylvania unit was in the same area as the Virginia unit at the time, I have to wonder if the Yankee Ben and the Confederate Ben were the same. The Northern unit was there on July 3, 1863.

I thought of my three ancestors – such a pretentious word, this word ancestor, but correct – and those of thousands of other Americans when I was in Gettysburg a year on July 3. I was a member of a living history group participating in what was billed as the largest ever re-enactment of the Battle of Gettysburg. We arrived in Fairfield, the charming cousin of Gettysburg, just after three in the morning.

We were what are often called “hardcore” re-enactors, so we were dressed in our period uniforms the entire trip, which caused some fun at the restaurants along the way. Fairfield was a quiet town at 3 a.m., so we threw down our blankets and slept in a grassy parking lot. We got a lot of attention when the city woke up and started its day to find us there. We later found out that in 1863 the bodies of wounded soldiers who had died in a nearby house that had been turned into a hospital had been piled up where we slept.

One of our party had never been to Gettysburg National Park, so after a hearty breakfast at a cool restaurant, we headed out to the battlefield, guidebooks in hand, square-toed shoes at the feet.

Three of us had decided to cross the terrain where Pickett’s Charge was taking place. While we couldn’t carry our muskets on the park, there were no rules against other addictions, so we hung up our food bags, blanket rolls, and canteens, and started marching. Paul promised to meet us on the other side, where the exact spot of the so-called “Confederation high tide” is marked with a simple monument.

The guns behind us were silent, but the park was far from silent. Tourists from all over the world visited Gettysburg, as they do every 4th of July, and we were never far from the noise of the cars coming up the Emmitsburg Pike.

We were all in good physical condition and well hydrated; we had driven to the battlefield in a comfortable van after a good breakfast. Then there was the small advantage that no one was shooting at us. The temperature that day was cooler than it was when the men of Pickett and Pettigrew and Armisted and the others walked across the field waiting for Federal gunfire so thick the bullets actually hit each other square flight.

Yet, halfway through the overgrown field, we wondered if we had made a big mistake.

Our flat feet have wobbled in the furrows of the previous year; a stream running through the field was a wonderfully cool place to wash our hands, but it caused a bog that sucked in and stuck and held us back as we struggled. A deer passed in front of us, disturbed from its morning siesta. The tall grass cut our hands and face, and more than once one of us needed the other two to recover from a stumbling fall.

Our canteens were dry before we even reached the stream, but the woolen canvas of our uniforms was soaked with sweat and morning dew. Wool socks are great for dry walking, but they slip and slip and feel nasty after getting soaked.

When we hit the three-quarter mark, Moe, Dean, and I separated; the grass was too thick to see to the sides, but looking ahead I could see I was getting closer to the road.

Moe and Dean exited a few hundred yards from our original destination; I was lucky to be on the right track. They waved and walked towards me, and I paused for a moment to catch my breath.

Far behind me, the line of guns shimmered in the growing heat. Brightly dressed tourists took pictures of smiling children sitting on the old smoke poles, their snouts and vents blocked so they could never speak with authority again.

Ahead of me, on the other side of the now paved road, stood a split rail fence. It was along a similar fence and stone wall that the Confederacy came within yards of changing the course of war and our country; I had to move on.

The steel plates of my heels clicked oddly on the pavement, and my water bottle knocked alone against my hip. I scaled the fence, likely violating federal law in the process, and made my way to a simple square monument barely sticking out of the overgrown grass.

It was here, the scorer said, that a group of stubborn and probably scared Tar Heels was “farthest from Gettysburg.” I leaned over and looked at the marker; even though I am by heritage a Virginian, I am a North Carolina by birth, and I thought I should see something special there.

Unfortunately, I didn’t. It was just a small marker the size of a tombstone. It didn’t even have the eloquent prose so common on many other markers we had visited, the same ones photographed by happy tourists.

I wondered what had driven men of disparate backgrounds, but a common nation, to fight so hard for what they believed was right, or simply because they loved their comrades. I wondered how many really fought for the right to possess or liberate other human beings, as the history books claim, and how many fought for love of home, as Captain Tom did. , who abhorred slavery.

My eyes filled with tears that morning thinking of those who have come this far, only to be pushed away; I also wept for those who held their post here, repelling an invader.

My buddies teased me when I arrived – I hadn’t noticed the charter bus full of Japanese tourists. They took pictures and laughed and clapped. Many clapped and smiled.

I hadn’t shed any blood in that field, except what I had left on the stalks of sharp grass along the path. I never had to deal with a real bullet during this weekend or any other at Gettysburg and a few dozen other reenactments. I wasn’t hungry and I didn’t need to be thirsty.

I wanted to tease the tourists, but I didn’t know what I was going to tell them.

I couldn’t even tell them they were standing on what to me was sacred ground – a field of pain and sorrow.