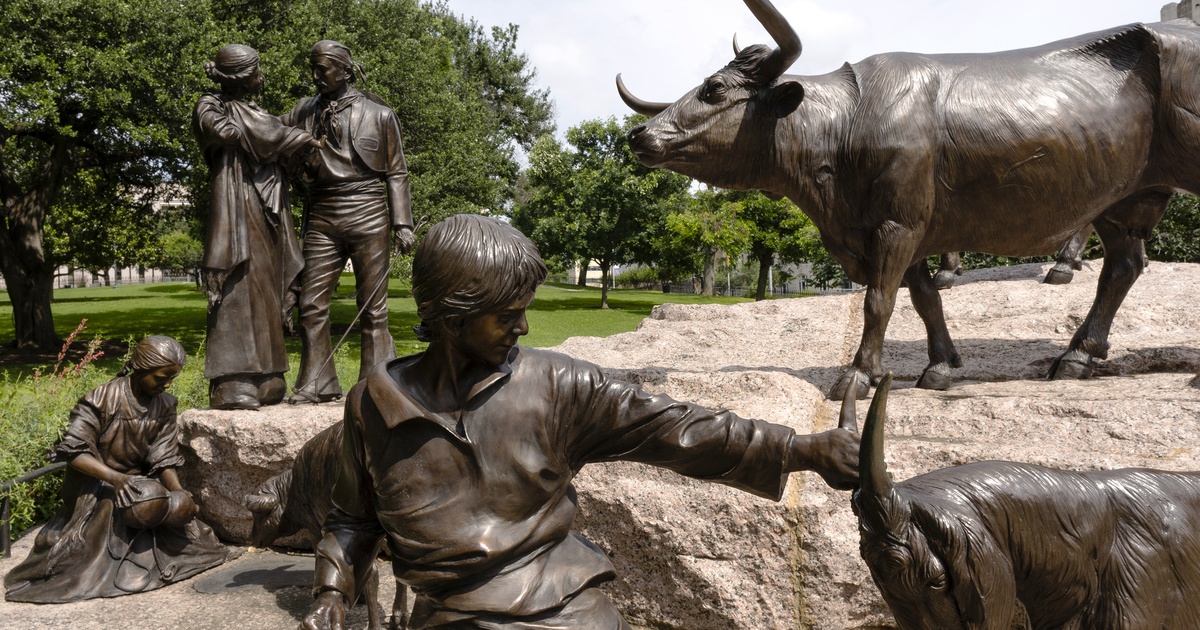 Texas’ 1836 project touted by heads of state, but critics worried

Sign up for The Brief, our daily newsletter that keeps readers up to date with the most essential Texas news.

When Governor Greg Abbott signed a bill this week creating what is known as the “1836 Bill,” he touted it as a way to promote state exceptionalism. The name reflects the Pulitzer Prize winning 1619 project, which examines the history of the United States from the date that slaves first arrived on American soil.

But Bill 2497 focuses on the year Texas gained independence from Mexico and aims to promote “patriotic education” among residents of the state.

â€œIn order for Texas to remain the best state in the United States of America, we must never forget why Texas became so exceptional in the first place,â€ Abbott said in a video on Twitter before passing the law.

Under HB 2497, Project 1836 is essentially just the name of an advisory committee designed to promote the history of the state to residents of Texas, largely through brochures given to people receiving permits to drive. It will also reward students on their knowledge of the history and values â€‹â€‹of the state.

But critics fear the new project is part of Republicans’ nationwide push to limit discussion of critical race theory in schools. Bill 3979, which is now awaiting Abbott’s approval, will limit how educators in Texas can discuss current events and racism in the United States. The 1836 project also requires the promotion of “the Christian heritage of this state”. Another bill awaiting Abbott’s signature, Senate Bill 797, requires schools in Texas to display the term “In God We Trust” on campus buildings if such signage is available.

A controversial aspect of the 1836 project is its name. Some critics have pointed out that Texas independence did not apply to everyone who lived in the state at the time, such as slaves and indigenous groups. The Constitution of the Republic of Texas, passed in 1836, legalized slavery and excluded Indigenous groups from independence.

“1836 marked independence for some, but for others a time of slavery, pain and sputum for so many who live there,” said Maggie Stern, civic education coordinator and of Youth Engagement at the Children’s Defense Fund in Texas.

Abbott’s office did not respond to a request for comment.

Nikole Hannah-Jones, the New York Times reporter who led Project 1619, said on Twitter that Texas’ new law is another attempt to hide the nation’s history of racism.

“We have been here before” Hannah-Jones said. â€œWhen it comes to slavery, some people never wanted open debate and honesty. They seek to bury and ban instead.

The law details specific historical topics that should be part of the project, including indigenous peoples, the state’s Spanish and Mexican heritage, Tejanos and Juneteenth. But the legislation does not explain how these specific topics will be contextualized.

The law will come into force on September 1 and expire in 2036. The nine-member advisory committee will be tasked with promoting the state’s â€œhistory of prosperity and democratic freedomâ€.

Members will be appointed by Abbott, Lieutenant Governor Dan Patrick and Speaker of the House Dade Phelan, and committee members are expected to be appointed shortly after that date.

The committee will also advise the state governor on state fundamentals and work with state agencies to ensure that “patriotic education” is available in parks, battlefields, monuments, landmarks and other places deemed crucial to the history of the state.

In addition, the committee will enact the Governor’s Award 1836, which is intended to reward students for their knowledge of Texas history and independence.

The project will be funded by the Texas Education Agency, which oversees public elementary and secondary education statewide. A report compiling the recommendations, plans and proposals of Project 1836 will be posted on the TEA website.

Brian Franklin, associate director of the Center for Presidential History at Southern Methodist University, said that while teaching history is important, the use of patriotic education in the bill is designed to illustrate only a positive representation of the history of the state.

Stern said this follows a pattern similar to HB 3979.

“I think they’re both part of the same attempt to whitewash history to create a national mythology that doesn’t address the difficult issues of slavery, the displacement of indigenous peoples, all of those things that happen. are produced, â€Stern said.

Disclosure: Southern Methodist University and The New York Times financially supported The Texas Tribune, a nonprofit, non-partisan news organization funded in part by donations from members, foundations and corporate sponsors. Financial support plays no role in the journalism of the Tribune. Find a full list of them here.