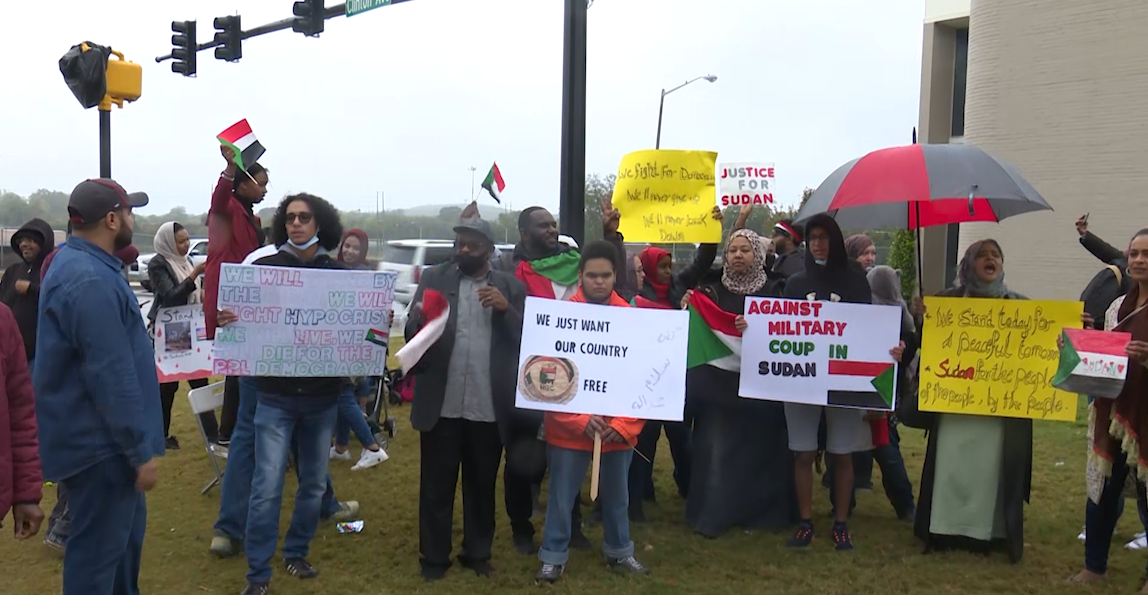 Kahlid Abdallah of Huntsville organized the protest and told News that 19 Sudanese Americans have come from all over northern Alabama to participate and spread hope for peace, after a history of conflict in the North East African countries.

Protests against the extension of undemocratic military regime in Sudan have become deadly at the end several days, causing dozens of victims by live ammunition and by battery.

It has since been inspired even in downtown Huntsville, with calls for a change to Sudanese civilian rule echoing among protesters young and old.

“The whole world is like a big community, so if something happens in a part of the world even if it is far from here, it still affects us,” Abdallah said.

Abdallah said he and others have made northern Alabama home for more than three decades, escaping the same struggles their family members now face in Sudan. He hopes others will notice their peaceful protests.

“Because we are neighbors,” he said. “We live here too. And we are affected by what is happening to other communities. What happens, even though it’s far from here, still affects us.

Abdallah said he was also encouraging Alabamis in the north to contact their local representatives to exert more diplomatic pressure on the current Sudanese regime and influence peace in the region.