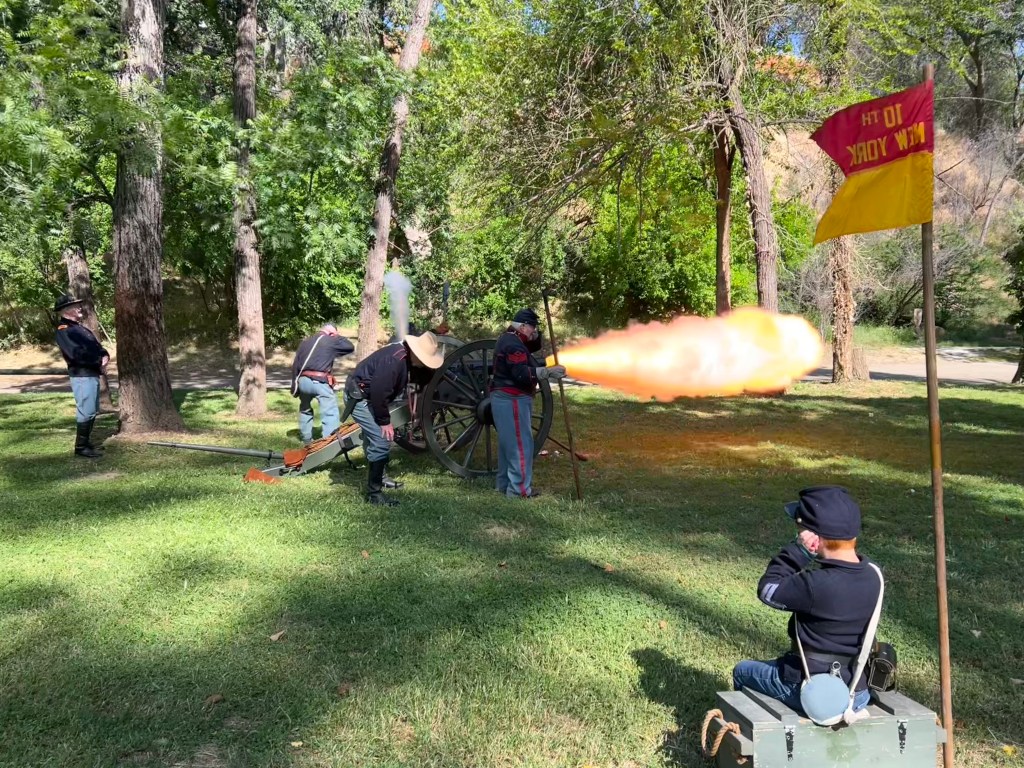 Students gathered in the park field and walked through various stations that taught them about how people lived during the Civil War, what weapons were used, where battalions were sent, and anything else Ken Burns might have missed in his documentary . Every 15 minutes or so, the re-enactors fired a cannon full of blanks.

One of the re-enactors, Barry Zanni, taught the children to cover their ears when the cannon was fired and asked them about the war. Zanni has been a reenactor for over 20 years and has been a member of the Federal Artillery Reenactment Association for 18 years. He said the organization is dedicated to living history as a representation of the Civil War.

Eighth grader Kessler Humphrey loved the punishment station, where he learned that people would be punished for not doing their chores for the day or for stealing food.

“Honestly, I’m learning so many things that I didn’t even know before, like the different ammo, guns, and types of guns they were using,” Humphrey said. “I thought they only used muskets, but no, they use rifles and shotguns.”

The guns and weapons also intrigued Roy Gifford, who said he found them fascinating.

“Today is pretty awesome,” Gifford said. “We can see what happens before when they do the reenactment tomorrow.”

Trinity Ball said she enjoyed all the hands-on activities and even had the chance to try the hardtack, an old-fashioned cookie-like cracker.

Red Bluff Civil War Days is open to the public with free admission.

Free shuttle service is offered both days by paratransit between The Home Depot and the park. The main parking lot for the event is at The Home Depot, 2650 Main Street. Parking will not be permitted in the park or along Main Street in front of the park. A limited number of disabled parking spaces will be available in the park car park for vehicles displaying disabled person placards or license plates.

The Henckels Classic Santoku Knife is 41% off right now