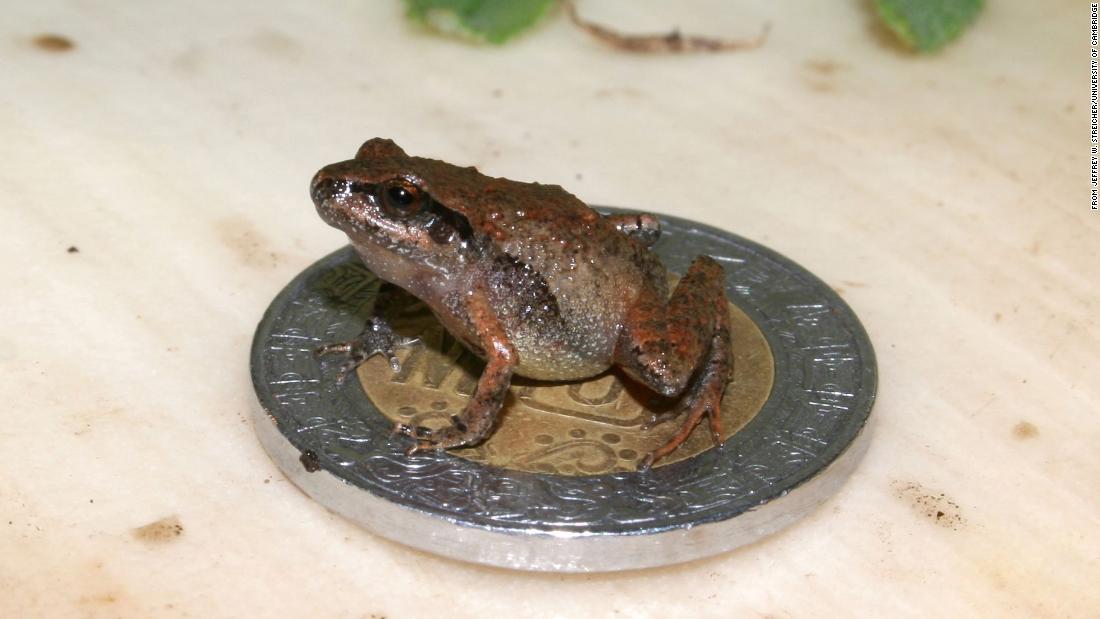 “So far, these new species have gone unnoticed because they are small and brown and really look like other frogs,” said Tom Jameson, a researcher in the department of zoology and the university’s University Museum of Zoology. , in the press release.

Newly discovered frogs that take up residence in the leaf litter of Mexican forest floors are still a source of mystery, according to Jameson. Researchers are in the dark about many details of their behavior and social life.

One unique detail that scientists know is that these are “direct development” frogs. Most frogs hatch from eggs into tadpoles before becoming adult frogs, but these species emerge from eggs as “perfect miniature frogs,” according to the statement.

The tiny species live in equally tiny habitats, such as a specific hill, which makes the frogs particularly at risk from habitat loss, according to the release. The research team works with NGOs and the Mexican government on conservation efforts.

But their small size does not reflect the role of frogs in the ecosystem. “With millions of these frogs living in leaf litter, we believe they are likely to play an extremely important role in the ecosystem as a food source for everything from lizards to predatory birds,” said said Jameson.

Jameson is especially proud of the name cueyatl, which was chosen “to honor the rich human history of the Valley of Mexico and the local people who have probably known these frogs far longer than we have,” he said in the statement. .

The frog study, published in “Herpetological Monographs” on April 4, required a careful investigation lasting several hours to distinguish the new species from another very similar species in the Craugastor group.

The research team used DNA sequencing and 3D models of the frogs’ skeletons based on CT scans to compare fine detail between species, according to the statement.

And researchers hope there are still more species of small frogs to be identified.

“Despite this progress, we suspect that more species await discovery, particularly in western Mexico and east of the Isthmus of Tehuantepec,” the scientists wrote in the study.

To birthdays, age and enthusiasm