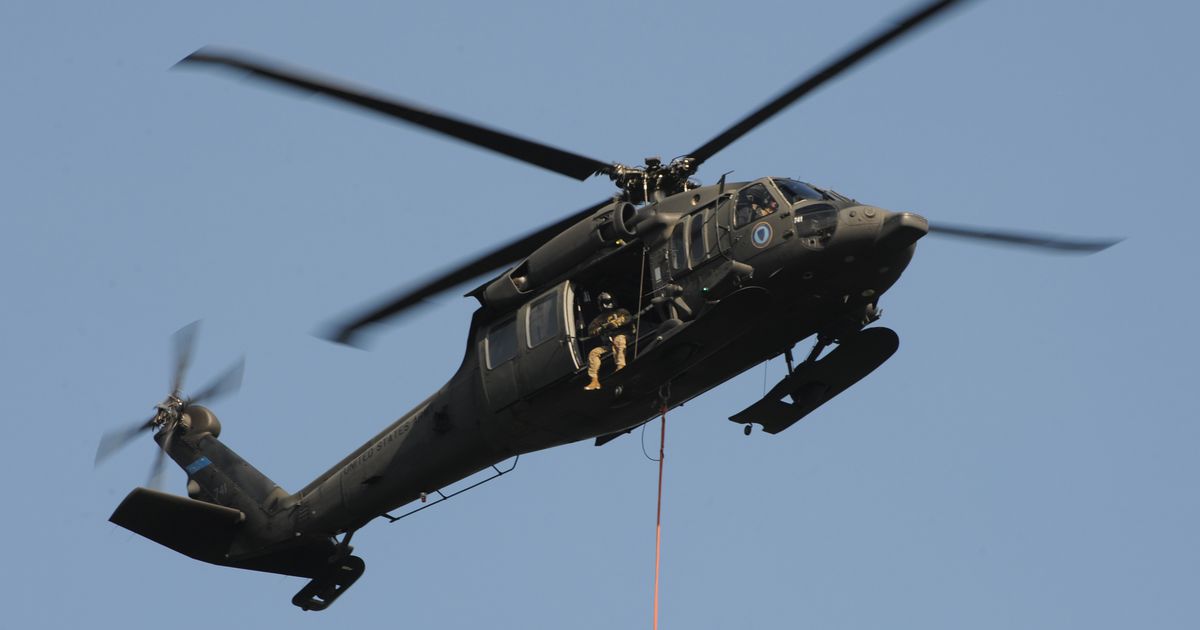 An Alaska National Guard helicopter crew rescued a fighter on Wednesday after it became stranded in unstable and steep terrain at high altitudes in the Knik River Valley near Cottonwood Creek, a the Guard said in a statement.

A man chasing sheep ran aground on a 3-by-3-foot ledge on a 40- to 50-degree slope, and was unable to walk up or down the field, the guard said. He was stuck in the snow, the Alaska State Troopers said in an online report.

The hunter activated an SOS using an inReach satellite communications device, according to the Guard. The soldiers said they were informed of the alert at 1:25 p.m.

The Soldiers then enlisted the help of the Alaska Rescue Coordination Center at Joint Base Elmendorf-Richardson.

A UH-60L Black Hawk medevac helicopter left JBER with a rescue team around 3:30 p.m. and was directed to the man’s location by Alaska Air National Guard rescue controllers, according to the Guard.

The hunter was at an altitude of 5,500 feet when he was hoisted by the medical evacuation crew, the guard said.

In the statement, Master Sgt. and paramedic Damion Minchaca said the helicopter made two passes over the location before spotting the hunter. The crew did not see him at first because of his camouflaged hunting gear.

“He used quick thinking, turning over his camouflage jacket to point out us with the bright orange color of the fleece on the inside,” said Minchaca, with Detachment 2, G Company, 2nd Battalion, 211th Aviation Regiment. .

The ledge was so small there wasn’t enough room for him and the hunter, Minchaca said.

The hunter was fitted with an aviation life jacket and hoisted into the helicopter, and they flew to Palmer Airport, according to the guard.

The man refused medical treatment or an assessment, soldiers said.