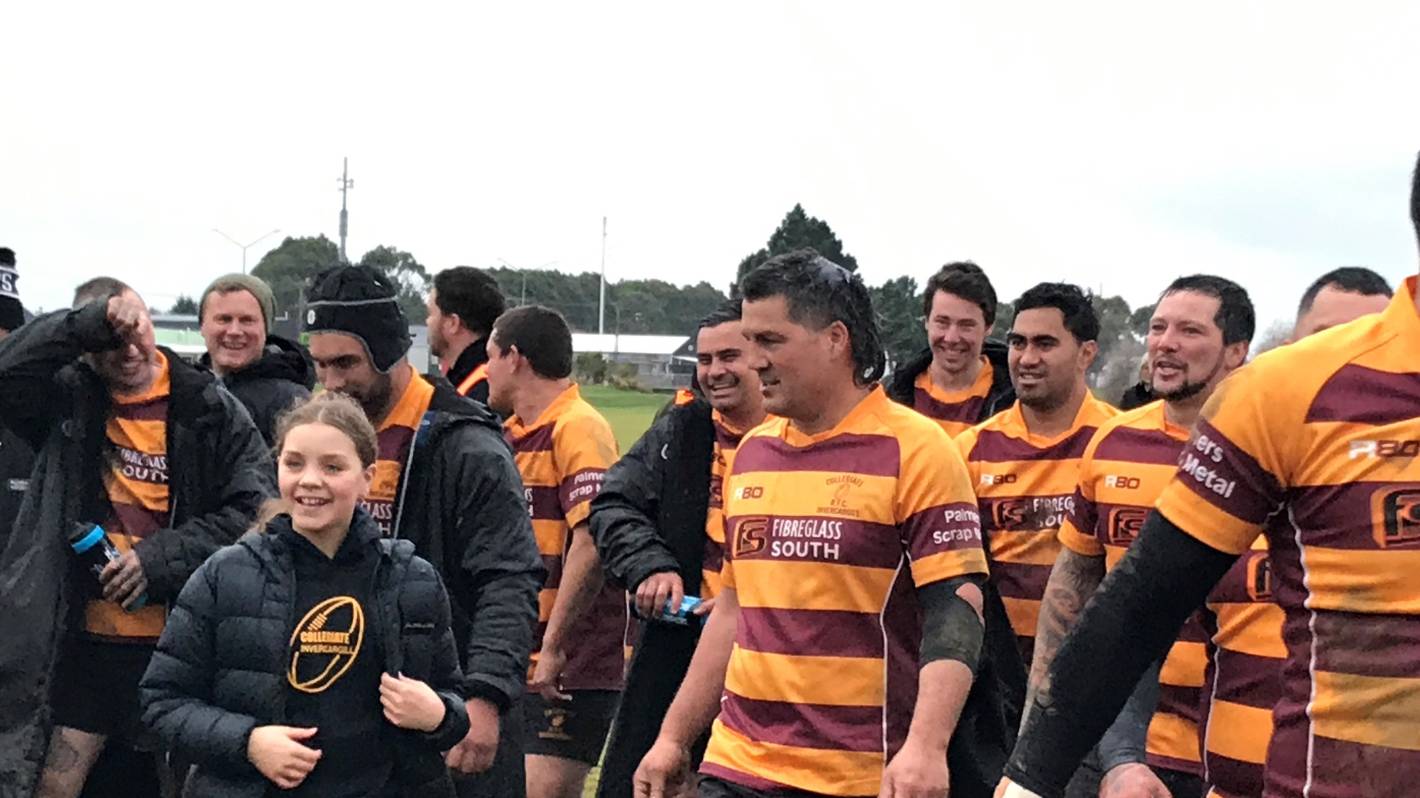 
The senior Collegiate Rugby Club team delivered a performance on Saturday for a special occasion.

Kite is a hardworking flanker who is better known for his actions on the pitch than his words, but his trainer Nathan Anderson ensured the team understood the importance of honoring Kite with a good performance.

“The boys wanted to put in a good effort for Ratah, he’s been around a long time, so all the pre-game talk was about playing for him and trying to win to keep us in the Premier League,” said Anderson.

Club officials believe you have to go back to 1988 to find the last time Collegiate fielded in Southland’s Division 1 competition before this year.

The club have spent much of the past two decades struggling in division two or division three club rugby and Kite has been through the good times as well as those tough times.

The 39-year-old is in his 23rd senior rugby season with the club and before that he played his junior rugby for the club.

Ahead of Saturday’s win, Collegiate had shown encouraging signs at the start of the season.

However, he still entered the showdown with Waikiwi with just one win in four games.

“We have been close to Waikaka and Riversdale and were bowled over by Mossburn last week. We really wanted to go out and have a good second half and I think we did, we lifted. If we had done it earlier in the season we would have had a few more wins.

Saturday was a defining day in Southland’s Division 1 competition.

Edendale’s Jeremy McLeod played his 150th game in the 52-15 win over Mataura. Fittingly, McLeod scored the first try for Edendale.

McLeod’s first season with Edendale dates back to 2011 after leaving St Peters College in Gore.

The midfielder was part of the 2012 and 2017 Edendale teams that won the Division One title.

He performed alongside his three brothers Cameron, Hadley and Devon at Edendale.

Inspirational Te Anau captain Grant Taylor also made his 150th game on Saturday, but the result was not how the club had hoped to honor the occasion.

This meant that Mossburn had won both the Shelton Cup and the Speights Shield.

The Shelton Cup is played between Te Anau and Mossburn, and the Speights Shield between Mossburn, Lumsden and Te Anau.

Rob Blatch also played his 100th game against Riversdale on Saturday, although it was Waikaka who took the 16-10 victory in a close game.

In Mexico, cartels hunt down the police at home