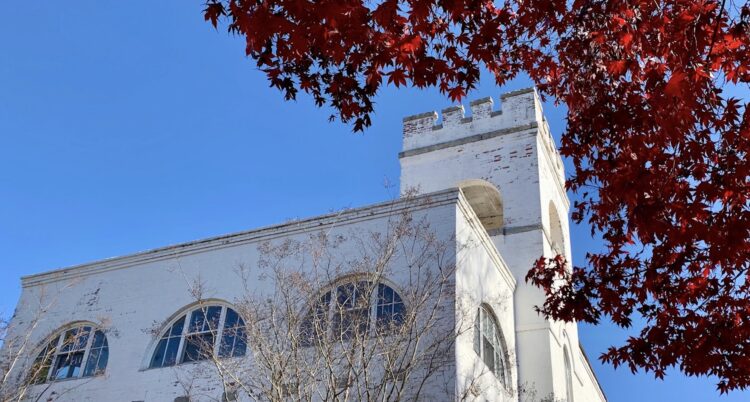 Oakland Cemetery embarks on its largest remembrance program. The $ 12.5 million project is set to begin Tuesday, with Atlanta Mayor Keisha Lance Bottoms set to lead a dedication ceremony for the 1899 Bell Tower building.

This rendering shows the first floor of the rehabilitated bell tower. (Image courtesy of the Historic Oakland Foundation.)

The cemetery-wide project meets many of the aspirations Richard Harker outlined in January, shortly after being appointed executive director of the Historic Oakland Foundation. Funders have responded to Harker’s vision by providing roughly $ 10 million of the total planned budget even before the Living History fundraising campaign was widely announced.

â€œThis opens a new chapter in our ability to help everyone, whether schoolchildren or the general public,â€ Harker said on November 23. â€œHistoric Oakland Foundation will be able to offer new public programs that we have never been able to offer before because we didn’t have the space.

Harker has given clear direction to the public programs he hopes to foster once the space becomes available.

â€œWhether it’s restarting a city forum on Confederate monuments, or whether it’s civic dialogue on racial equity and the history of racial inequalities in our city, or conferences on books, or an expanded kindergarten to grade 12 curriculum, we’ll have the interior space to address those topics, â€Harker said.

The Historic Oakland Foundation provided details on three projects. The full descriptions, including some work already done at East Hill, are:

The steeple of Oakland Cemetery. (Photo by Kelly Jordan.)

This rendering shows the porch provided for the bell tower. (Image courtesy of the Historic Oakland Foundation.)

The projects already completed date from David Moore’s 15-year tenure as executive director of the foundation. Moore’s retirement paved the way for Harker to step down as co-executive director. Harker was appointed to this position in 2019, after two years as Director of Programs and Volunteers. Harker grew up near London and holds a doctorate from Georgia State University.

The Living History campaign has received the support of over 225 donors through a campaign committee co-chaired by Valerie Jackson, widow of the late Mayor Maynard Jackson, and May B. Hollis, longtime volunteer with the Historic Oakland Foundation .

The main contributors include:

â€œWe really see this campaign and these projects as elevating our ability to share Oakland and to do it more broadly,â€ Harker said. â€œWhat better way to interpret our city’s history, to understand who we are as a community, and to chart a course forward than by exploring this history in one of our oldest places. “

Tuesday at 10 am: Inauguration ceremony for the rehabilitation of the bell tower. Mayor Keisha Lance Bottoms will chair, with additional comments from Atlanta Parks Commissioner John Dargle; Mary Ellen Imlay, President and President of the Imlay Foundation; Eloisa Klementich, President and CEO of Invest Atlanta; and Richard Harker, executive director of the Historic Oakland Foundation.

‘It’s never been easier to make art’: why Matrix star Jessica Henwick filmed her directorial debut with a camera