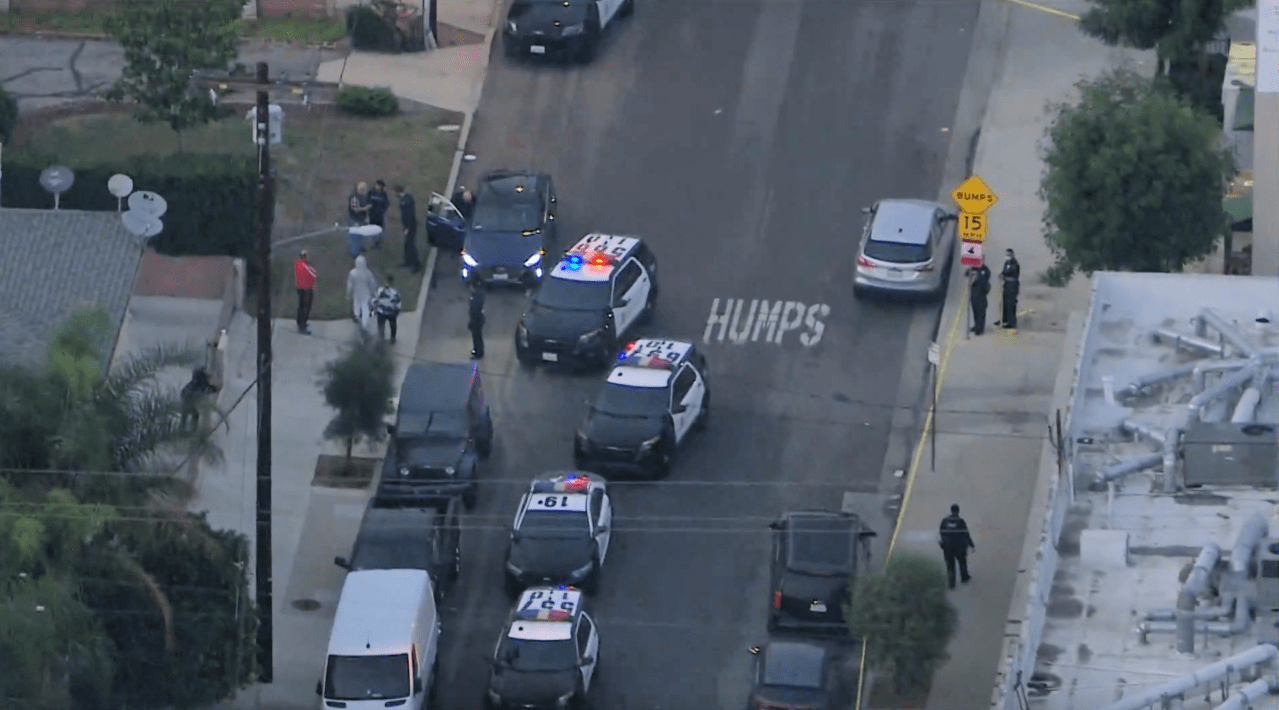 A man gunned down by police in Van Nuys on Sunday held bloody knives and walked towards officers, according to the Los Angeles Police Department.

Officers received a call to 911 at around 5 p.m. reporting a man with a knife outside a house in block 6400 of Matilija Avenue.

When police arrived in the area of ​​Matilija Avenue and Victory Boulevard, they found a man in his 40s with bloody knives in both hands, LAPD spokesman Bruce Borihanh said during the interview. a press conference.

Officers tried to defuse the situation, telling the man to give up and lay down his weapons, according to Borihanh.

“The suspect did not obey the officers’ orders to drop the knife, and at one point the suspect walked towards the officers,” Borihanh said.

The suspect was shot and pronounced dead at the scene. Authorities have not disclosed the man’s name.

The knives were recovered from the scene and kept in evidence.

Los Angeles Police said earlier they received reports that the man was standing on top of a vehicle, vandalizing tires with a knife and at one point with the knife against his throat.

The police shooting is still under investigation. Investigators were examining footage of the incident, including body-worn cameras and surveillance footage.

“Anything could have happened,” Borihanh said. “A guy running around with two bloody knives in his hands. Everything can happen. Fortunately, the officers reacted quickly and were able to remedy the situation. Unfortunately, the suspect was injured and died on the spot. But no other member of the community was injured.