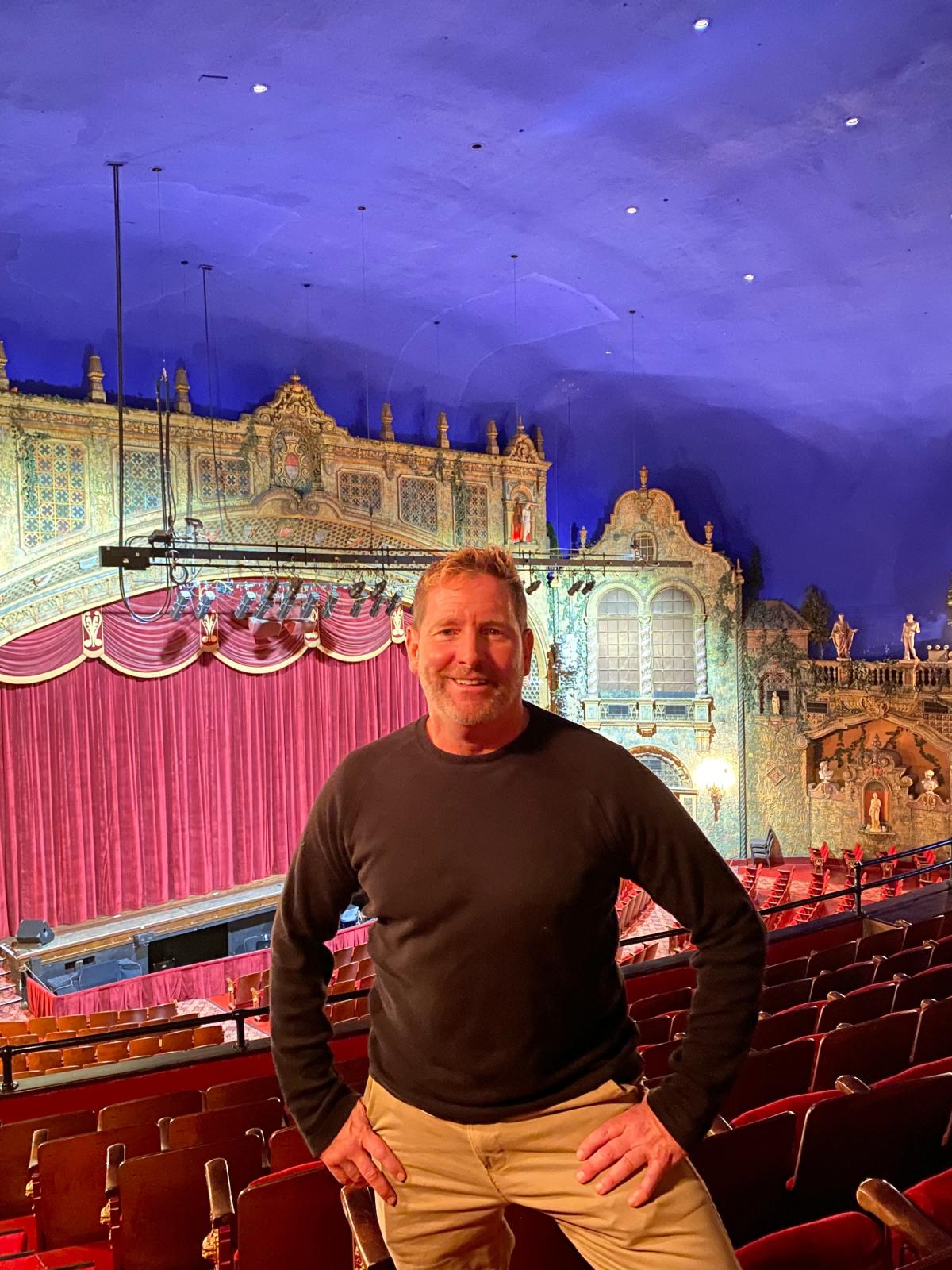 Live the story of downtown Marion at the Palace Theater

Given that the drive to my last job was 1,958 miles from Marion to Maho Beach, St. Maarten, the 90 seconds it takes me to leave my apartment and hang my coat in my office is a welcome extreme. Working at the Palace Theater on West Center Street and living at the Harding Center across the street certainly has its perks. Living and working in two of the most iconic buildings in Marion’s history makes for a practical and fascinating existence.

The palace was built in 1928 and is one of approximately 100 theaters designed by European-American architect John Eberson. The Marion Palace is one of 16 Eberson theaters still in operation.

Since the Palace Cultural Arts Association saved the building from demolition in 1975 for a whopping $78,000 and within a year, with the help of $500,000 in local donations, restored it to its former glory, the Palace Theater has been the cornerstone of Marion’s artistic community.

The Harding Hotel was built in 1924, a good four years before the Palace, and the couple still make a good couple. Both were built when railroad tracks ran through the middle of Center Street, when Marion was a crossroads for four major railroad companies. Traveling theater companies traveling back and forth between New York and Chicago would stop and perform in Marion, while it was a sought-after destination and noted for the attention it received from being the hometown of our 29th president.

The Harding Hotel was converted into a senior living space in the 1990s and now houses a mix of senior citizens and OSUM students. According to a story on the “Spooky Marion” site, a couple of ghosts have also taken up residence in the basement. Living there is very peaceful and quiet, and I’ve only ever encountered polite neighbors and great food at the Harding Harbor seafood restaurant on the first floor!

As Executive Director of the Palace, I had to close up shop a few nights late on my own, and although I had no supernatural experiences, a few Palace veterans told me late at night that they had heard the faint, distant sound of a woman singing and vocalizing from an unidentifiable place. Two of my staff claimed to have heard a disembodied voice say “hello” while they were alone in the theater. Occasionally, a water tap will open. And more recently, I discovered that a vintage 1928 doll that resides in the office has randomly moved locations. Frightening? Not really. But really cool.

But don’t let that scare you off from a visit to my second home! If you haven’t been to the Palace lately, your next opportunity will be February 12 in the May Pavilion when we present a Valentine’s Day weekend treat, “Dueling Pianos.” On February 18, 19, and 20, the future of Marion’s theater community will present the junior play, “Back to the 80s,” directed by Emily Yaksic. Other events taking place this month include the 1989 romantic comedy film, “When Harry Met Sally” (February 11 and 13), Trivia Night in the May (February 17), the musical “The Church Basement Ladies” (Feb. 26), and line dancing class with yours truly (Feb. 28).

Kirk Detweiler is the executive director of the Marion Palace Theatre. For more information on theatrical events and activities, go to marionpalace.org.