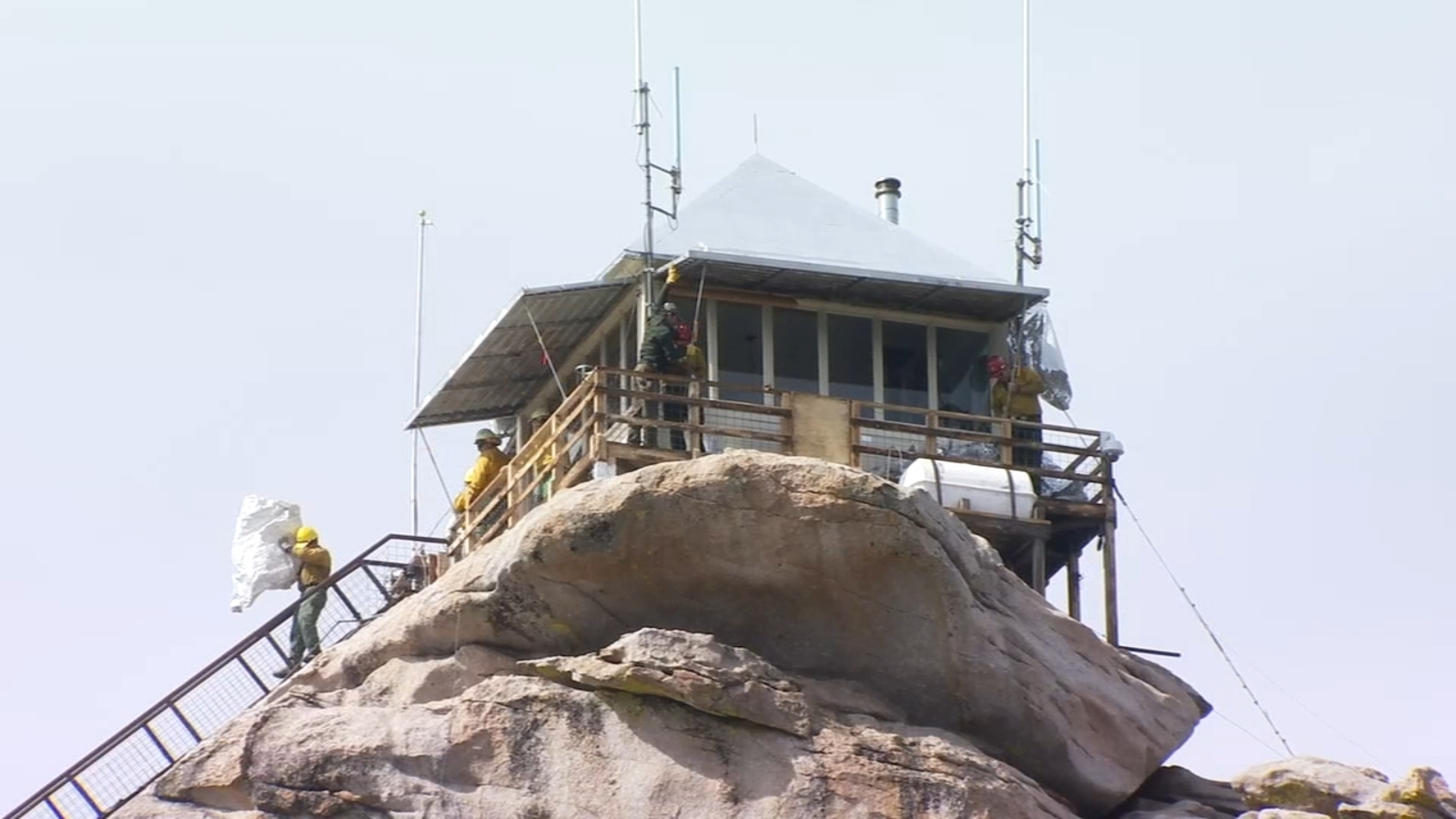 The 360 ​​observation point stands guard in the Sequoia National Forest. It was built in the early 1920s and remains an essential tool in keeping the area safe.

“This gazebo isn’t just a piece of living history,” Michigan says. “It’s actually in service and it’s still being used exactly the same way it was from the start.”

Michigan works and lives on the prowl, climbing and descending 172 steps five days a week to scan the horizon for new fires.

“With all the technology we have, why is it important to keep an eye on the forest?

“So it’s interesting that you say this because we’re called the eyes of the forest,” Michigan said. “Yes, we have airplanes. We have drones, we have cameras but really, none of these technologies can replace us.”

As the KNP complex fire approached, Michigan was forced to evacuate.

“This whole area beyond the green trees that we are looking at, the smoke was coming towards us and going up this ridge about four and a half miles,” he said. “I could hear the embers falling. When I say embers, I mean pieces of debris two to three inches thick.”

More than a month after the start of the fire, the flames are now subsiding.

The teams took off the fire-resistant packaging on Thursday.

“The idea of ​​potentially losing Buck Rock to fire is heartbreaking,” Michigan said.

The lookout is closed for the rest of the season, but they hope to reopen to visitors in June.