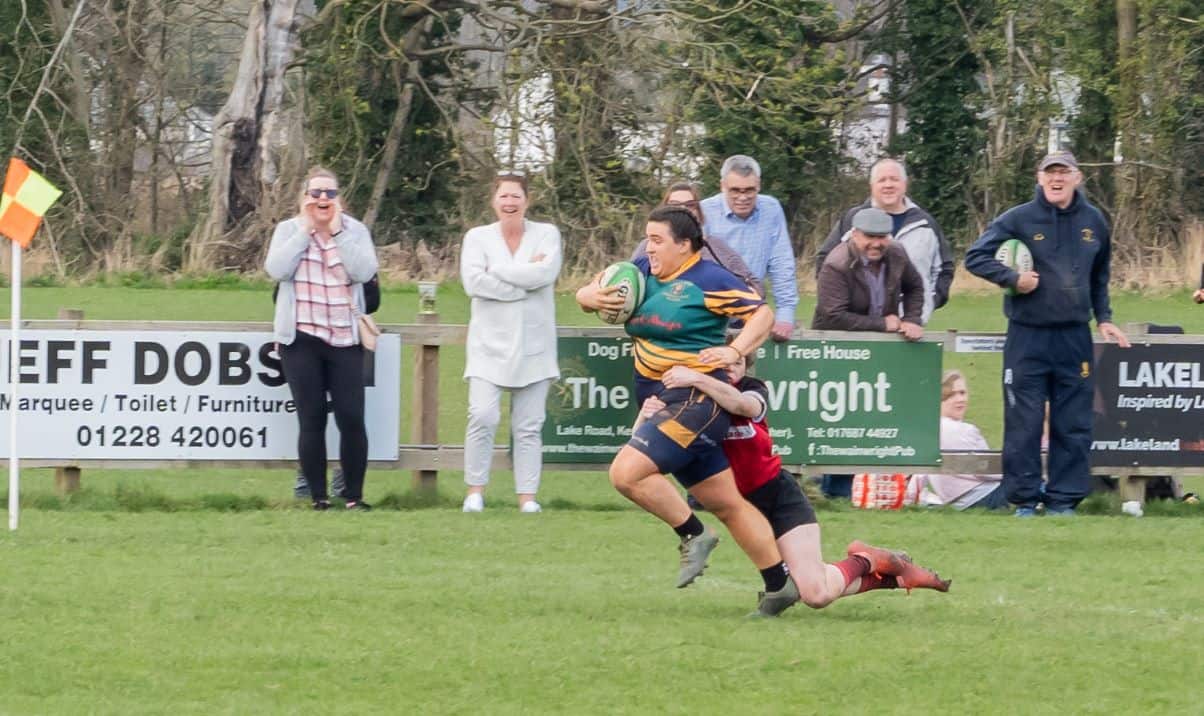 The Keswick Falcons won 22-17 against Blaydon Red Kites as they avenged a defeat two weeks ago.

Many Falcons players had spent the weekend in Edinburgh watching England beat Scotland.

In the first scrum, the signs were worrying as they were pushed off the ball on their own. However, a few penalties soon brought the Falcons five yards from the visitors’ try line, although they were unable to cross it.

The Falcons kept the pressure on and a 15-minute line steal from just outside the Kites’ 22 was passed along the line to Stacey Faunch who scored the game’s first unconverted try.

When the Kites struck under their posts, good passing and running kept Keswick in opposition 22, although they needed a quick heel in the scrums where they went second.

A strip in the tackle in the 30th minute gave possession to the Falcons who headed the ball straight for Lilly Hodgson. She was able to get past the defense on the right and ran to land under the posts.

An excellent catch on the restart by Cheska Horsburgh was thrown upwards before the ball was passed to Hodgson who ran in to score his second try on 34 minutes. This time she converted her own try and it went 17-0 until halftime.

The Falcons returned the ball from the restart, protecting it well and returning in the opposition half for a touch on the visitors.

Kites won the lineout and ran the ball but was stripped of the tackle. Hodgson received the ball again and she scored her hat trick and a comfortable 22-0 lead.

However, the Kites seemed to wake up after that and despite some excellent clean passes from the Falcons, they won penalties which put the home side away.

A lineout penalty from 15 yards kept Kites on the attack and further penalties were tapped and executed, before the visitors’ forwards were finally able to cross the line in the 55th minute.

This second half was mostly played in the Falcons’ half where, having shown their attacking skills in the first half, they now had to show that they could also defend.

Skillful handling and passing well outside the tackle gave Kites the advantage and from a 10-yard scrum in the 73rd minute they headed the ball straight to score in the corner.

From the restart, Kites returned the ball, where with a penalty advantage they were able to score their third try and convert it, to be just five points behind as time ticked away.

Seemingly galvanized, the Falcons upped their game and attacked into the Kites’ half, forcing a forward kick into the tackle to regain possession and attack down the left.

A 30-yard run from the back of a back scrum gave the visitors 22 where a final penalty allowed the Falcons to tap and kick to touch to end the game.

Liz Weightman, Honorary Secretary, said: “Women’s rugby is growing so fast and sending such a positive message that we are delighted that Sally’s Cottages, a company founded by a woman, has supported us in this way.