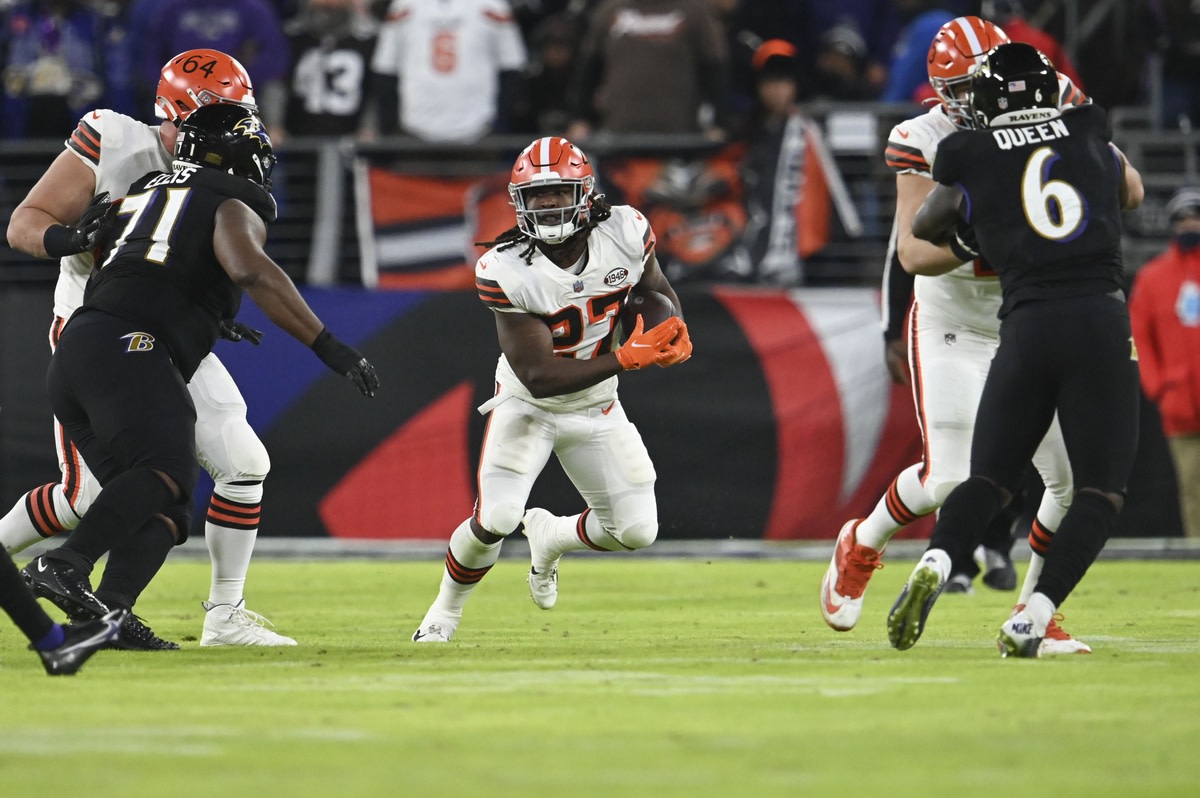 Kareem Hunt will have several player accessories available when he dresses up Monday at 8:15 p.m. ET live on ESPN. Hunt and the Cleveland Browns (7-8) set for an AFC North clash in Week 17 against the Pittsburgh Steelers (7-7-1) at Heinz Field in Pittsburgh, Pa.