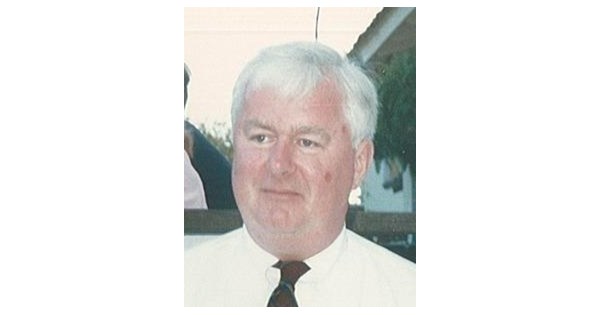 By admin On Dec 1, 2021
Share
Saratoga Springs, NY- John Joseph Collins was born June 19, 1939 and passed away on November 22, 2021, with the family he loved completely – by his side. Born in Brooklyn, NY to the late Marion and Dan Collins, he was an avid New York explorer, a Brooklyn Prep Graduate, a longtime friend and the apple of his grandmother, the eye of Bessie Griffin. John graduated from Holy Cross in 1961 and began a career in the United States Navy that covered the world. John met Maureen Fleming at Breezy Point and began a partnership and marriage that spanned almost 6 decades. In Maureen, he found an adventure companion, a constant companion and a source of pleasure. Together they have created a family and a life full of a sense of place in the midst of travel – in the gypsy life of the Navy and in the ordinary time simplicity of weekends by the beach on 25th Street, in the MG TD, with cooler, kids, kites and chairs, or listening to the Metropolitan Opera to see if Carmen suffered the same fate this time, as the last time. “Nunc Est Bidendium Et Pada En Terra Pulsundo” was the wine label he created and a philosophy he used as a keel to live on. He loved to laugh. John retired from the Navy as a full commander, then worked with General Dynamics where he also pursued an MBA, learned Russian for SALT conferences, and provided mentorship and support to a wide range of peers. . When he and Maureen decided to return to New York to be closer to their family, GD – Electric Boat was the solution. The move from Del Mar, California to Saratoga Springs, New York, brought John and Maureen closer to their family. Here he started his own business, Griffin Collins, stepping down from GD a second time. When asked about a third career, he often teased Maureen, saying she made it clear that she married him for better or worse, but not for lunch! Survivors include John Maureen’s wife and their two daughters: Marybeth and Deirdre. A Christian burial mass will be celebrated at 11 a.m. on Thursday, December 2 at St. Clement Church, 231 Lake Ave. In lieu of flowers, memorial contributions can be made on John’s behalf to St. Clements RC School, 231 Lave Ave, Saratoga Springs, NY 12866 or to your favorite charity. Arrangements are under the direction of William J. Burke & Sons / Bussing & Cunniff Funeral Homes, 628 North Broadway, Saratoga Springs, NY 12866 (58-584-5373). Souvenirs online can be made at www. burkefuneralhome.com https://www.lastingmemories.com/john-joseph-collins