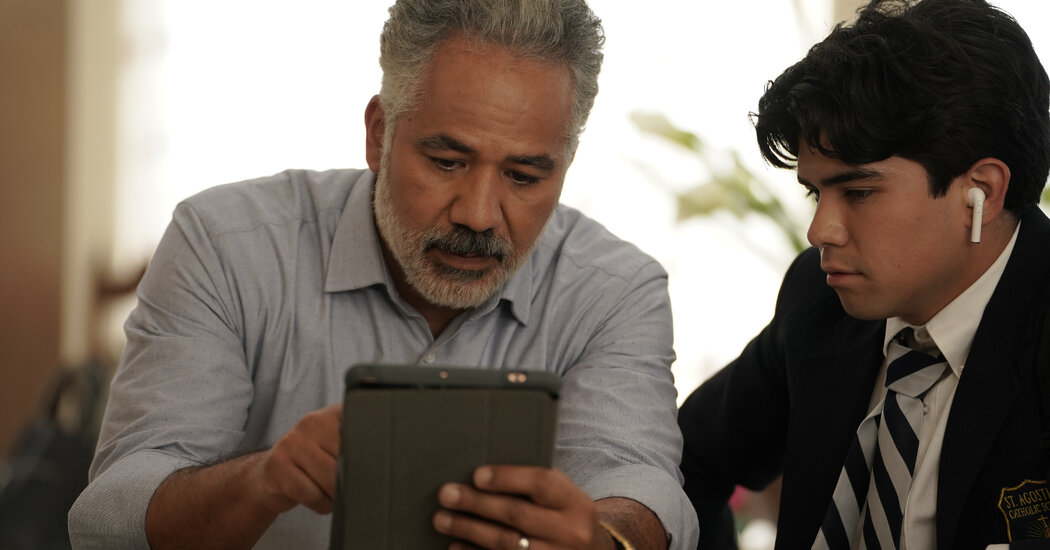 In theaters this week: “Promised Land” and a special on Janet Jackson

Between network, cable and streaming, the modern television landscape is vast. Here are some of the shows, specials, and movies coming to television this week, January 24-30. Details and times are subject to change.

MARCH 8 p.m. on CW. This new eight-part documentary series takes a close look at the prestigious Prairie View A&M University marching band, a historically black university in Texas. Some of the group’s more than 300 members share the sacrifices they make to be part of the group — which in 2021 was ranked eighth among all HBCU Division I groups by ESPN publication The Undefeated — while balancing busy university life.

PROMISED LAND 10 p.m. on ABC. A hugely successful family winery is at the center of this new drama series, which is set in California’s Sonoma Valley region. Here, familiar themes of power struggle are combined with an exploration of immigrant experiences. The family that controls the vineyard is led by a self-made patriarch (played by John Ortiz) who has fulfilled an archetypal American dream. The show also follows a group of new immigrants who, in Monday night’s episode, cross the United States from Mexico in search of their own version of that dream.

WAIT FOR THE NIGHT (1967) 6 p.m. on TCM. Looking for a suspenseful heart runner that might make you gasp or scream? Audrey Hepburn earned her fifth and final Best Actress Oscar nomination for her performance in this Edge of Your Seat classic, in which she plays a woman who, after being blinded in a car accident, takes possession of a a doll stuffed with heroin. A group of smart gangsters (played by Alan Arkin, Richard Crenna and Jack Weston) go to great lengths to get it. “The tension is tremendous and the melodramatic action is wild,” wrote Bosley Crowther in his 1967 review for The New York Times.

I CAN SEE YOUR VOICE 8 p.m. on Fox. Can you tell if someone can sing without ever hearing a single note? This musical guessing game puts this deceptively complex question to the test. A contestant must tell the difference between good and bad singers using a lip-sync challenge, a series of questions, and other unorthodox methods. Whichever singer the contestant chooses reveals their vocal abilities in a duet performance with the episode’s special musical guest, which could result in an epic collaboration or a laughable disaster. Anime comedian Ken Jeong, actress Cheryl Hines, and TV personality Adrienne Bailon-Houghton are the show’s permanent “celebrity sleuths.”

CULTIVATED 10 p.m. on Freeform. In this coming-of-age comedy spinoff of the ABC hit “Black-ish,” Zoey Johnson (Yara Shahidi) and her friends return to their fictional California college as upperclassmen. Expect a fresh take on the struggles that come with coming of age — student loans, work-life balance, bad breakups, and the rest — in the ongoing fourth season. This show was created by Kenya Barris (who created “black-ish”) and comedian Larry Wilmore.

JANET JACKSON: PART 1 & PART 2 8 p.m. on Lifetime and A&E.
The life and legacy of powerful performer Janet Jackson is the subject of this special new two-night, four-hour documentary. Expect an intimate look at Jackson’s 40-plus-year career, told through recently released footage, home videos and interviews with Jackson’s friends and collaborators, including Mariah Carey, Paula Abdul and Missy Elliott. . The documentary’s creative team presumably had a lot of access: Jackson herself is one of its producers, alongside her brother Randy Jackson, who was a member of the Jacksons. “This is my story told by me,” Janet Jackson says in a trailer, “not through anyone else’s eyes.” The first two parts will air simulcast on both networks Friday night; the second half will follow on Saturday evening.

Five movies to watch this winter

SATURDAY NIGHT LIVE: WILLEM DAFOE/KATY PERRY 10 p.m. on NBC. Willem Dafoe — who recently re-entered the comic book realm in ‘Spider-Man: No Way Home’ and stars in Guillermo del Toro’s new crime drama ‘Nightmare Alley’ — is set to host ‘Saturday Night Live” for the first time this weekend. The musical guest will be an “SNL” veteran: Katy Perry, whose first time in this role dates back to 2010.

EUPHORIA 9 p.m. on HBO. Created, written and directed by Sam Levinson, this drama series follows a group of Gen Z teenagers maneuvering through the fictional East Highland High School while experiencing sex, addiction, violence, abuse, love and social media. (While focusing on young characters, the series is very much aimed at mature audiences.) Ahead of the current second season, which kicked off earlier this month, actress Zendaya posted a warning on her social media: “This season, perhaps even more so than the last, is deeply emotional and deals with subject matter that can be triggering and difficult to watch. Zendaya won an Emmy for her portrayal of Rue, the 17-year-old recovering drug addict at the center of The set also includes Sydney Sweeney, Hunter Schafer, Jacob Elordi, Maude Apatow, Alexa Demie and Eric Dane.