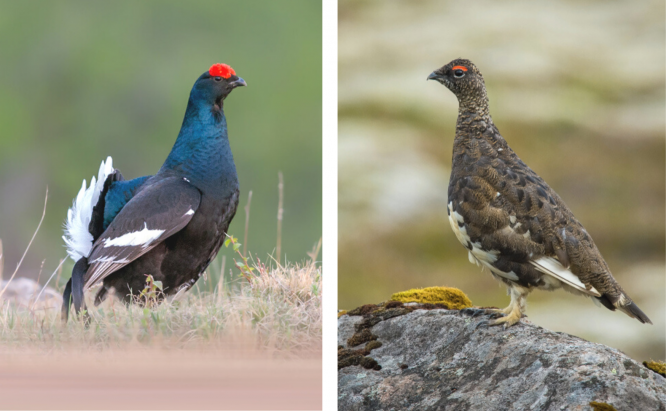 The bird protection association LPO has spoken out against a decision by the Hautes-Alpes hunting service authorizing the hunting of two types of birds for the 2022-23 season.

Black grouse (Lyrurus Tetrix) and ptarmigan (Lagopus Muta) are listed as vulnerable on the International Union for Conservation of Nature (IUCN) Red List. Studies suggest they are in slow decline.

However, the hunting and wildlife agency the Departmental Hunting and Wildlife Commission has authorized their hunting for the next season.

The practice was banned in 2017, 2019, 2020 and 2021 by the Marseille administrative court, which responded to requests from the bird protection group the Ligue pour la Protection des Oiseaux (LPO) and France Nature Environnement.

But in response to the last authorization, Alain Girodon, administrator of the LPO PACA says France3“We are against this decision by the state. These two birds are already under other pressures.

“They are hampered by the development of the mountain, especially for winter sports, especially when users practice off-piste.”

The LPO hopes that the authorization will be revoked. A public consultation on the issue is scheduled until June 4 in the Hautes-Alpes. During the last consultation, 86.6% of people said they were against the hunting of these birds.

Mr Girodon said: “We are waiting for public consultation and as many people as possible to protest against this decision to reauthorize the hunting of these two birds.”

In France, 20 species appearing on the IUCN red list can still be hunted, including two in global danger.