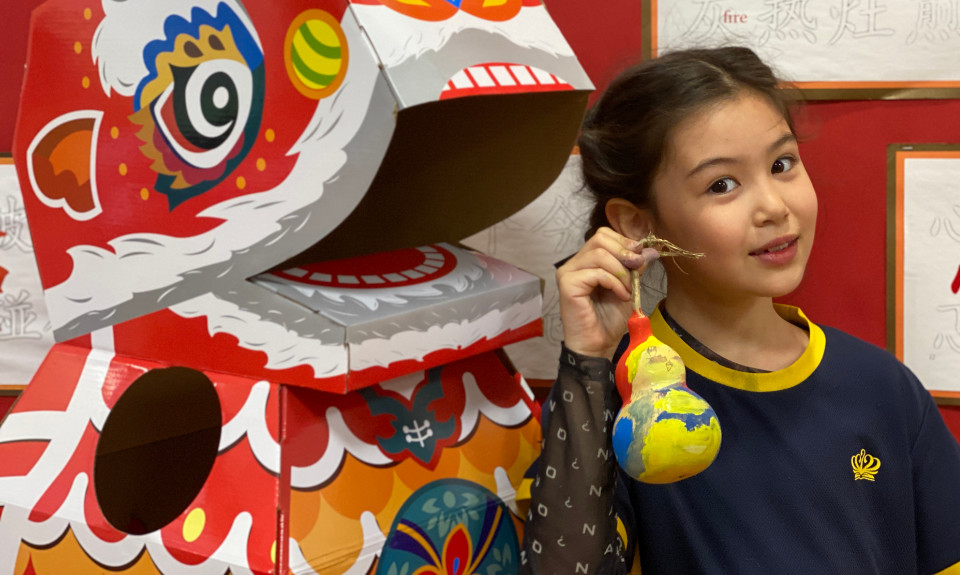 How Nanjing International Schools Welcome the Year of the Tiger

With China’s goodwill season upon us, today is also the day when the little ones take center stage. So it’s fitting that we end the year by looking at what international schools in Nanjing have done to introduce the Year of the Tiger.

Nanjing’s three main international schools are located in distinct parts of the city, a fact reflected by the students who attend the schools, their friends, families and employers. And each of the schools also has its own way of marking the Spring Festival.

At Nanjing International School (NIS) in Xianlin, Qixia District, Chinese New Year is always a flurry of fun and educational activities. Like every year, as tonight’s new moon approaches, INS students of all ages have been busy learning about Chinese culture and history.

Calligraphy, lantern making, zodiac animal crafts, games, stories and other wondrous Lunar New Year sights and sounds filled the classrooms and hallways of the NIS. Many activities were student-led, including planning events and performances on the last day of school before the holidays.

And as you might expect, the Mandarin lessons focused on the richness of the Chinese Lunar New Year and its traditions. Learners showcasing their own understanding of the holidays and culture, combined with a plethora of creative art and performances, also thrilled the NIS community.

Elsewhere, as a huge network of schools spread across most of Asia, EtonHouse celebrates the Lunar New Year in different ways, depending on each country’s cultures and traditions.

For EtonHouse Nanjing in Jianye District, this meant not only celebrating everyone’s abilities, but also its community of diverse cultural identities and rich heritage. The Hexi-based school marked the start of spring and the start of a new year with an event titled “Ancient Dynasties”.

In Jiangning district, the British School of Nanjing (BSN) held a show to welcome the Year of the Tiger which was called a “resounding success”. Opening with a dynamic team of drummers, the excitement never stopped as dramatic and hilarious singers, dancers and duos took to the stage to perform.

The “Hulu” (葫芦), also known as a gourd, is a lucky symbol for happiness and a bright future career, was also used as a water bottle in ancient China. BSN students learned how Hulu grows and is made into containers, and experienced decorating beautiful Hulus on their own.

Students in other grades also made their own oil paper umbrellas, which they then decorated, while eventually, the older students of BSN Primary School took to making traditional kites. As the children enter secondary school next year, the kites have served as a metaphor for the students’ big dreams taking flight towards their future in the Year of the Tiger.

How to find land for hunting, homesteading, or eavesdropping