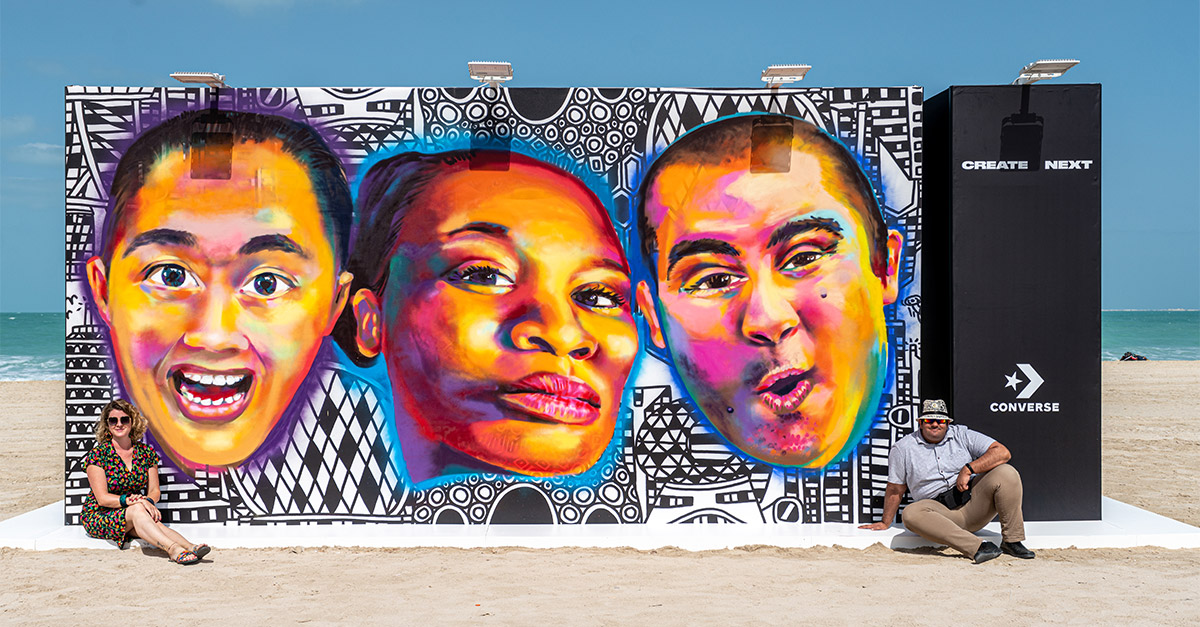 Have you spotted this new art mural at Kite Beach?

Kite Beach just got a splash of color thanks to a new mural which was unveiled today March 18th.

The mural is a special collaboration between two well-known Dubai street artists, Abdulla Lutfi and Maddy Butcher, in partnership with Converse. It joins a global campaign embraced by more than 30 countries and titled Converse Create the following projectwhich was first launched in August 2019.

Now, this campaign isn’t just about creating pretty murals — it serves as the platform Converse uses to celebrate inclusivity, while highlighting the importance of local designs.

The first layer of this special artwork is the creation of Abdulla, or AL as he is more commonly known. A determined Emirati artist, AL designed the monochrome cityscape using his trademark markers, depicting the UAE’s iconic buildings entirely from memory.

It was later developed by Dubai-based street artist Maddy Butcher, who collaborated with AL to transform his original piece for the Converse Create the following project. Maddy added color to champion the diversity of Dubai and the UAE as a whole, representing different nationalities and ethnicities.

“Many of my paintings exhibit what I call ‘fluid positivity’, which matches the theme of Converse Create the following project. With vivid patterns and bold lines, the pieces don’t blend in with the decor,” says Maddy. “I think this dynamism is a good reflection of the city and the incredible creative talent we have. As we collaborate more and cross cultural divides, we can unleash even more creativity in Dubai. “, she added.

The mural will remain on Kite Beach for the next three months and is located near the main cluster of food trucks.

The Evening Campfire: One Last Camp Hunting Party for the Year | Sports