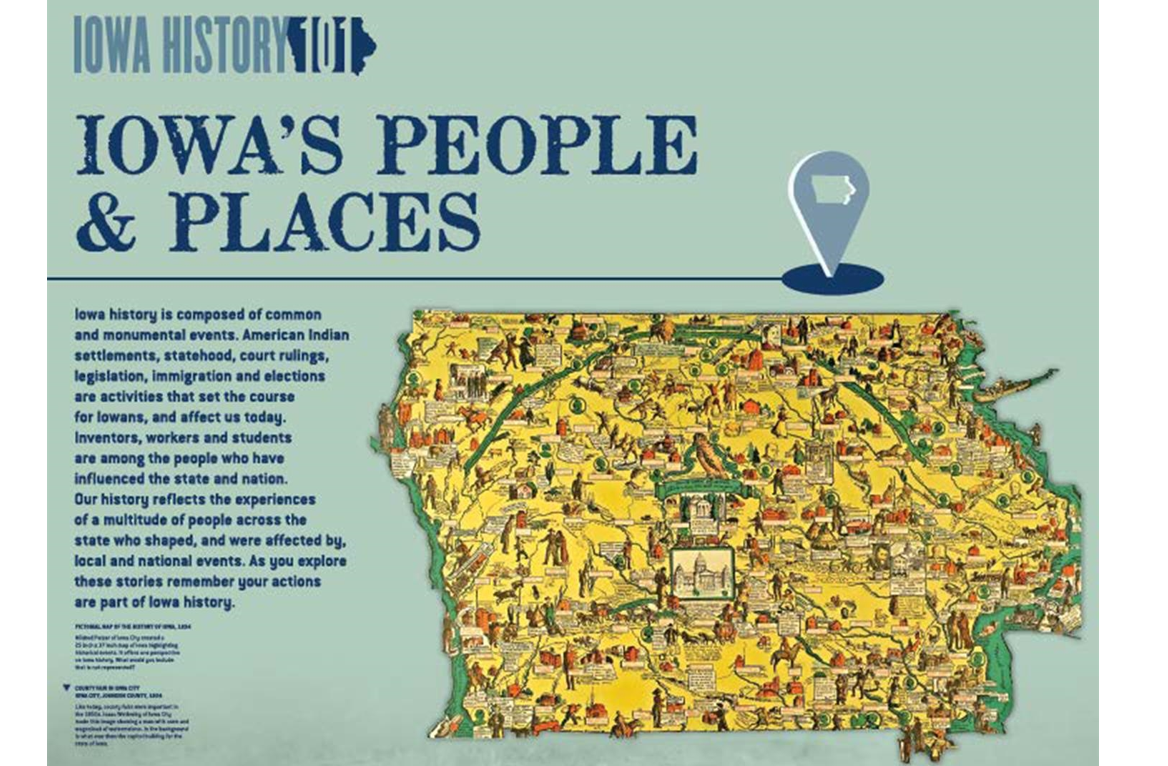 Davenport Public Library Presents Iowa State Curator Leo Landis in a free webinar on Thursday, December 16 at 6 p.m., to commemorate the 175th anniversary of the state of Iowa.

It will cover 13,000 years of Iowa history to celebrate Iowa’s accession to the Union on December 28, 1846. Landis will highlight stories and artefacts from the â€œPeople and Places of Iowaâ€ exhibition, which opened at the State Historical Museum of Iowa in Des Moines on March 5, 2021.

Registration is required to receive information about the December 16 meeting, by clicking on HERE.

Leo Landis is State Curator and Museum Curator for the State Historical Society of Iowa, where he has worked since March 2013. He began his museum career at Living History Farms in Urbandale, Iowa, worked at Conner Prairie in Fishers, Ind ., and was curator at the Henry Ford Museum & Greenfield Village in Dearborn, Michigan, for eight years.

He also worked as a curator and educator at Salisbury House in Des Moines, Iowa. Landis holds a bachelor’s degree in history from Iowa State University (ISU), a master’s degree in historical administration from Eastern Illinois University, and has completed courses leading to a doctorate. of the ISU.

Tonight, December 10, the annual Celebrate Iowa Gala to be presented by the Iowa Department of Cultural Affairs.

The state’s first cultural celebration reverts to an in-person format Friday, 7:00 p.m. to 11:00 p.m. at the historic Scottish Rite Consistory, 519 Park St., Des Moines, as Iowa speeds up for its 175th anniversary of the state.

For more information on next week’s webinar, visit www.davenportlibrary.com or call the library at (563) 326-7832.