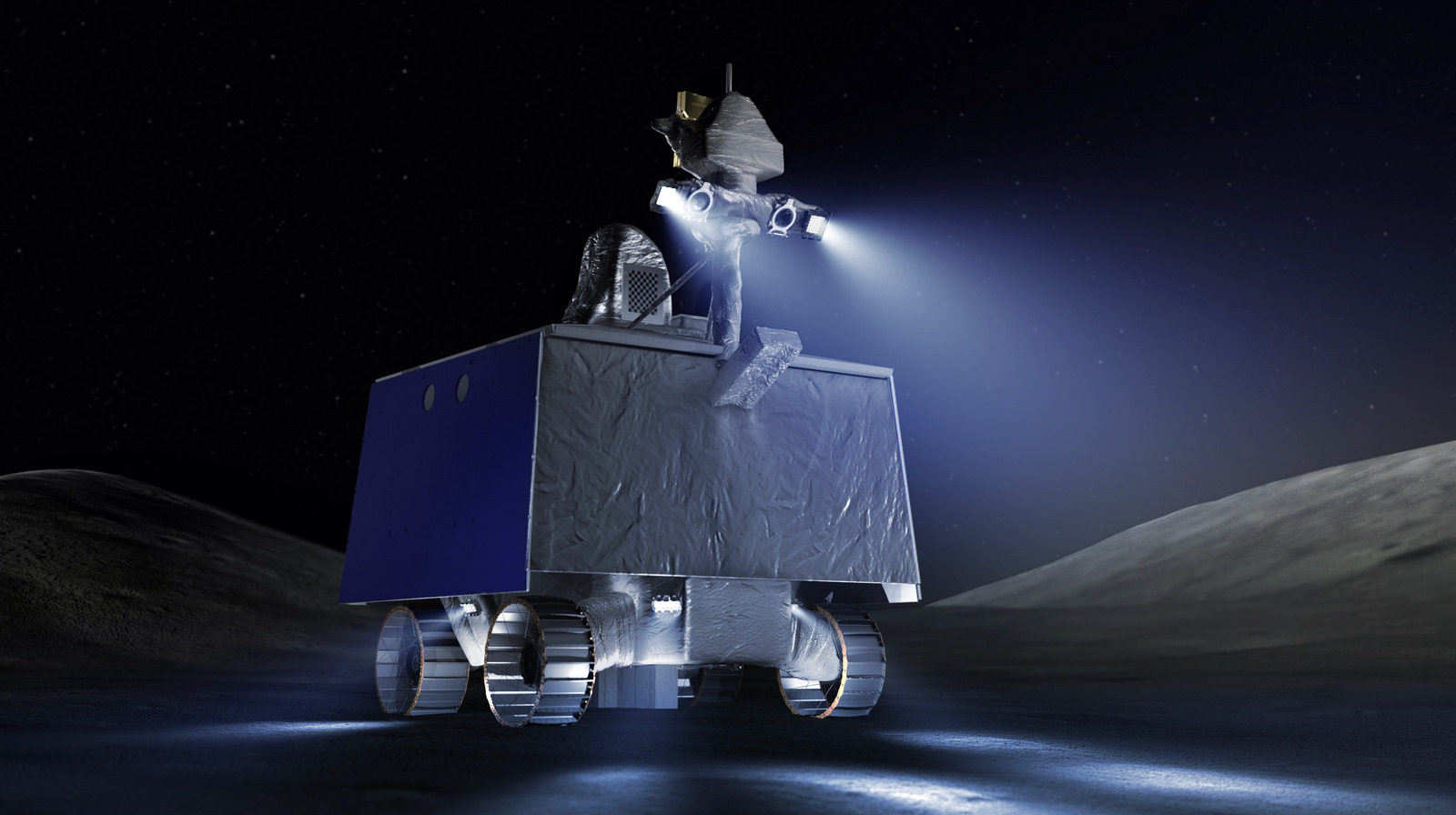 Everything we know about VIPER, NASA’s water-hunting lunar rover

To help it in its task of locating ice deposits, VIPER will have four instruments. First, there is a hammer drill for drilling into the moon’s surface to search for ice called Regolith and Ice Drill for Exploring New Terrains (TRIDENT). Then there are three spectrometer instruments that can analyze the composition of samples by looking at the light they emit, called the MSolo (Mass Spectrometer Observing Lunar Operations) instrument, the Near Infrared Volatiles Spectrometer System (NIRVSS), and the Neutron Spectrometer System (NSS). .

The TRIDENT drill will be about 3.2 feet long, allowing the rover to reach deep below the moon’s surface, and it’s a special type of drill called a rotary percussive. Unlike the typical drill you’d have at home that just spins, this one both spins and hammers so it can cut through tough materials like hard rocks. Two of the three spectrometers can detect hydrogen molecules and determine what kind of molecules they are (for example, whether they are single hydrogen atoms, water, or a different molecule called hydroxyl). And the third works to determine which gases are coming from the lander rather than the moon itself to avoid a false reading.

These instruments will allow the rover to get a whole new view of the moon. “VIPER will be the most capable robot NASA has ever sent to the lunar surface and will allow us to explore parts of the Moon we have never seen,” said NASA VIPER program scientist Sarah Noble. . “The rover will teach us about the origin and distribution of water on the Moon and prepare us to harvest resources 240,000 miles from Earth that could be used to safely send astronauts even further into space. , including Mars.”