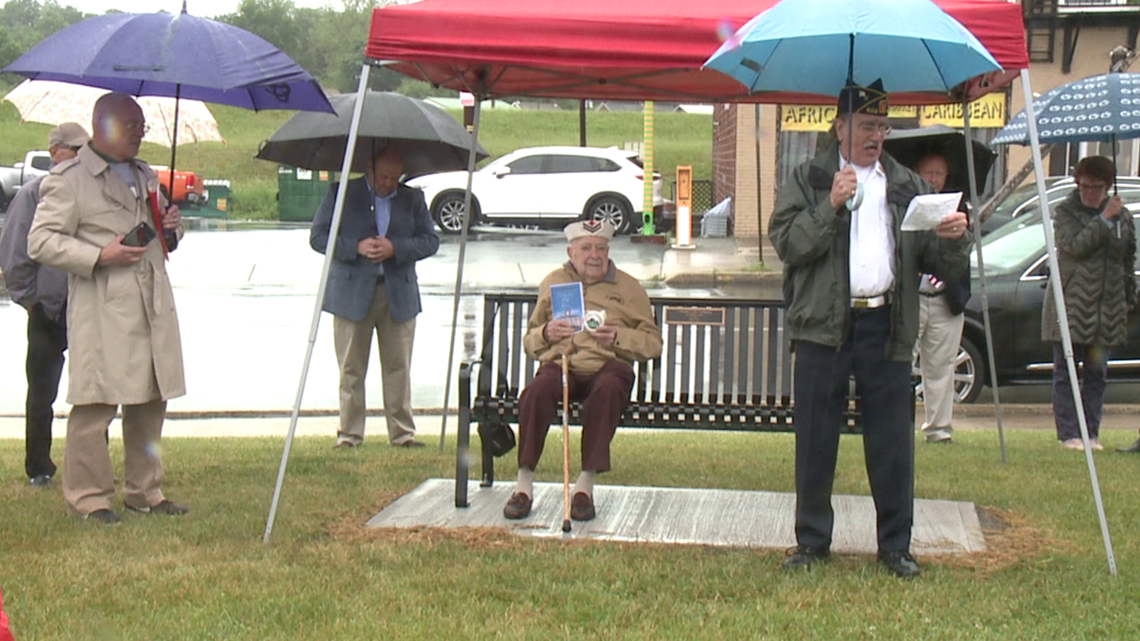 “We started planning in May 2019, and because of something called the pandemic, well, we now have more than one!”

The first event of the celebration rightly honored one of East Stroudsburg’s most treasured residents, WWII and D-Day veteran Frank Lanterman.

Lanterman donated two benches in Veterans Park at the corner of Washington and Brown Streets – one with his name and the other for his father.

The benches were a gift to all East Stroudsburg veterans.

“I really think it was very important to share that. Being a veteran myself, I served with the National Guard for eight years, so something like that is very emotional. It is also very encouraging for our people. veterans, ”said Jerome Henderson of East Stroudsburg.

“It is such an honor to be here and to recognize what they have done for our country,” said Marie Smeraldo of East Stroudsburg.

Marie Smeraldo says knowing Frank Lanterman is like being around living history, a fitting winner as East Stroudsburg celebrates its long history.

And now, with the benches he donated, Frank Lanterman will always be one of them.