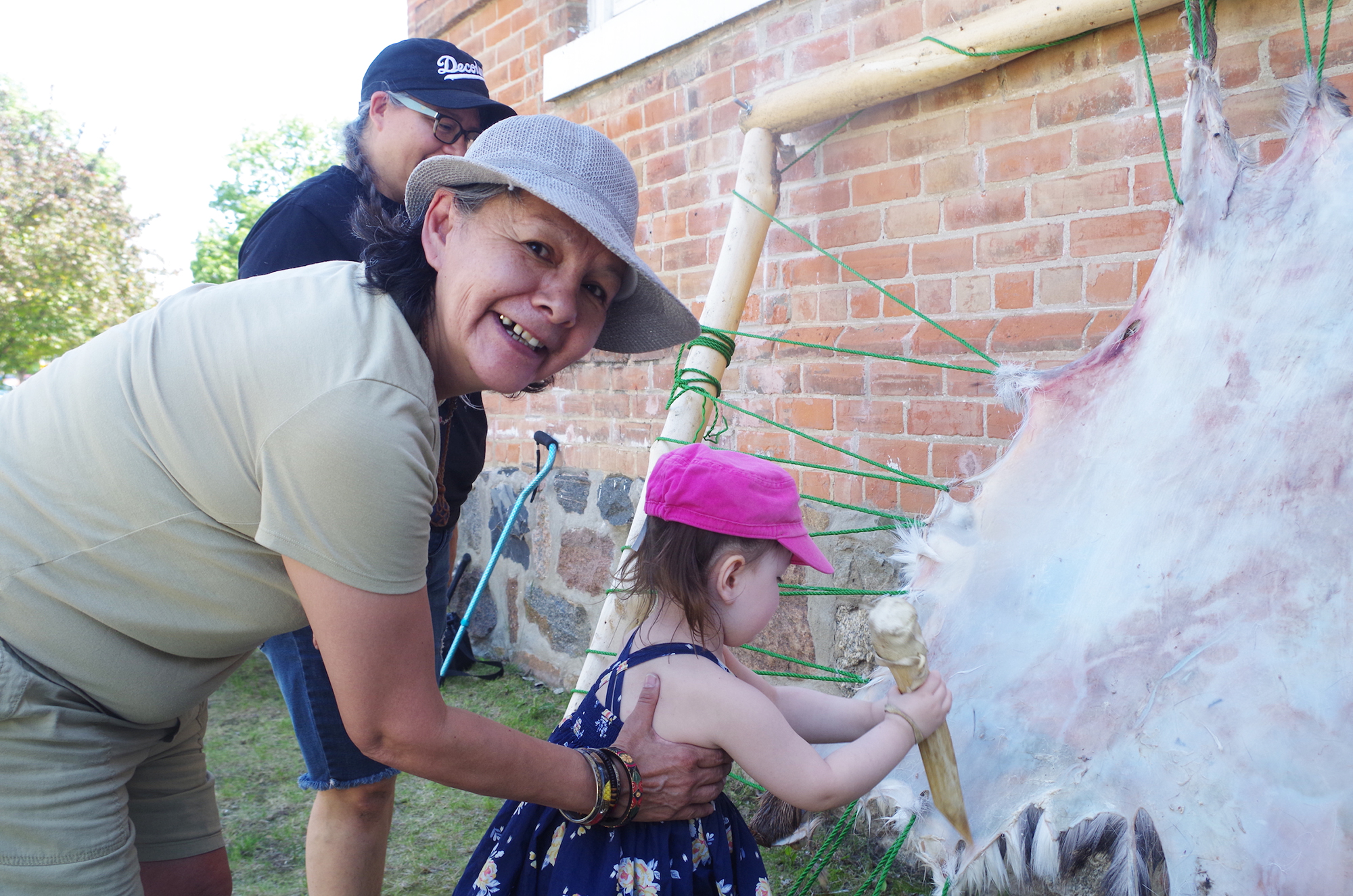 An Aboriginal drumming group kicked off the first of many summer events designed to teach residents how to discard and stretch deer hides.

The first “Deer in the City” cultural event kicked off Saturday outside the Prince Albert Arts Center at the Downtown Street Fair. The group collectively acquired portable stretching frames set up to string and stretch the skin of a mule deer over it.

Leading the charge was organizer and activist Jennifer Lenny, who said she wanted to give people the opportunity to explore this aspect of Indigenous culture.

“A few years ago, someone I knew in Ottawa did some deer hide scraping around town, and I thought that was a pretty cool idea,” Lenny said. “My thought was, ‘why not do that here in Prince Albert?'”

Lenny is part of an all-female, two-spirited drumming group called the Spirit Strong Singers. They applied for funding through the City of Prince Albert and the Prince Albert Municipal Cultural Action Plan to help sponsor supplies and hide the scratching.

Lenny said it can be very difficult for people to access cultural activities, especially those like the disposal of hides, which usually only happen in camps and not in urban areas. Lack of transportation and funding for extended visits to rural areas made it difficult, so the Spirit Strong Singers decided to bring the practice to Prince Albert.

“That’s what I hope people take away: understanding what processing hides is like and developing an appreciation for the work that goes into making end products like moccasins or mukluks,” Lenny explained. “It starts with scratching the fur and eventually that hide is tanned or made into rawhide, drums, rattles or other works of art. I think it’s beneficial to learn what this process actually entails, and why not do it here in the heart of the city where people can see what it’s all about? »

The Spirit Strong Singers plan to hold “Dear in the City” events throughout the summer, including one in Kinsmen Park to celebrate National Indigenous Peoples Day on Tuesday. They will also be hosting events July 23 and August 21 in Kinsmen Park, July 24 at the Shoreline, and August 20 at the downtown sidewalk sale.

Lenny said the group wanted to make good use of Prince Albert’s parks, while giving residents a glimpse of something they don’t normally see.

“There are many other opportunities for people to explore an indigenous culture with skin scraping.”