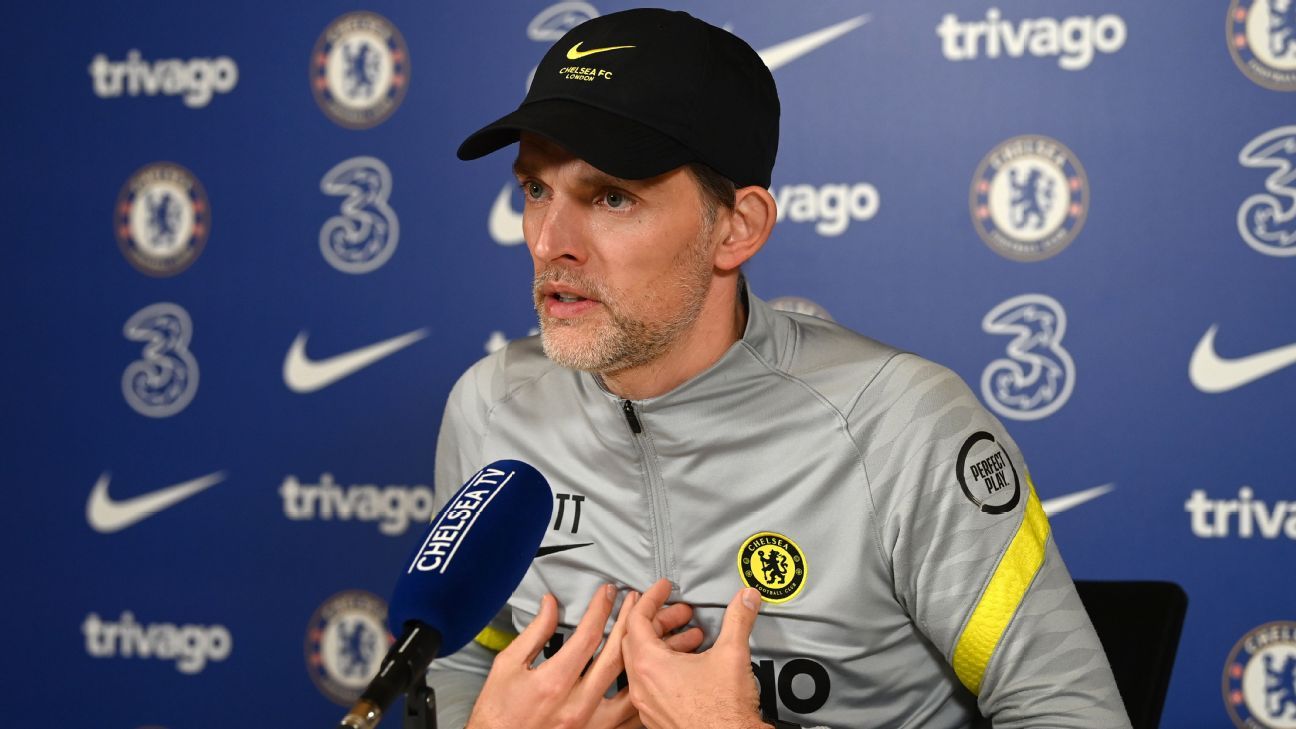 The UK registered 90,629 new cases on Tuesday, a day after the Premier League and English football leagues pledged to continue as much as possible with the existing fixture list.

– Can Thomas Tuchel stop the slide at Chelsea?
– Klopp wary of signing unvaccinated players in future
– Stream ESPN FC Daily on ESPN + (US only)
– Don’t have ESPN? Access immediately

The Premier League released figures on Monday showing that 16% of top players have refused even a dose of the vaccine, leading clubs to discuss proposals that include separating players based on their vaccination status by arranging separate trips or requesting additional checks to enter stadiums. .

Chelsea will face Brentford in Wednesday’s EFL Cup quarter-final at Stamford Bridge, with both clubs dealing with serious outbreaks of COVID-19. Chelsea were only able to name four field substitutes in Sunday’s 0-0 draw against Wolves, with Tuchel claiming that after that game he was ‘not sure’ to play after the Premier League refused his request to postpone the match.

“Guys, it’s a choice to be made. Leave it there. If you don’t want to leave it there, that’s OK for you.

“But we can’t force people to get vaccinated. And I won’t change my mind on it. And I’m not the guy to comment on this, I’m not the expert here. experts in this country, all over the rest of the country. Europe. Ask them and please ask me about football. I will not get involved. I am vaccinated. I made the decision for me. ” And that’s all.”

Tuchel also revealed that Chelsea’s academy has been closed due to a high number of COVID-19 cases, including midfielder Lewis Baker, as he discussed the difficulty of fending off players due to ‘injury or, in Mateo Kovacic’s case, directly into the Wolves squad after his 10-day isolation period.

“We have planned a team [against Brentford] with Lewis Baker from the academy and now he’s positive so we’re starting from zero, “Tuchel added.

“That’s what we’re doing right now. People will say I can play an academy player. I could yes. The risk [to play Kovacic at Wolves], was a risk we took, we didn’t force a person to get up or out of the hospital and put them on the ground. It was a calculated risk but it was a risk yes.

“But we calculated, we talked to our medical department, to the player, and then we took the risk. I can see people looking at our team and thinking that they are a strong team.

“If I catch COVID I hope not, I’m not sure after 10 days whether I will run right away. Or play sports. But Mateo Kovacic did. I put it on the pitch. I took the risk. I was able I left it at home, so we came up with only 13 players and took one from the academy which was already closed. The academy is closed at cause of COVID. Big surprise. “