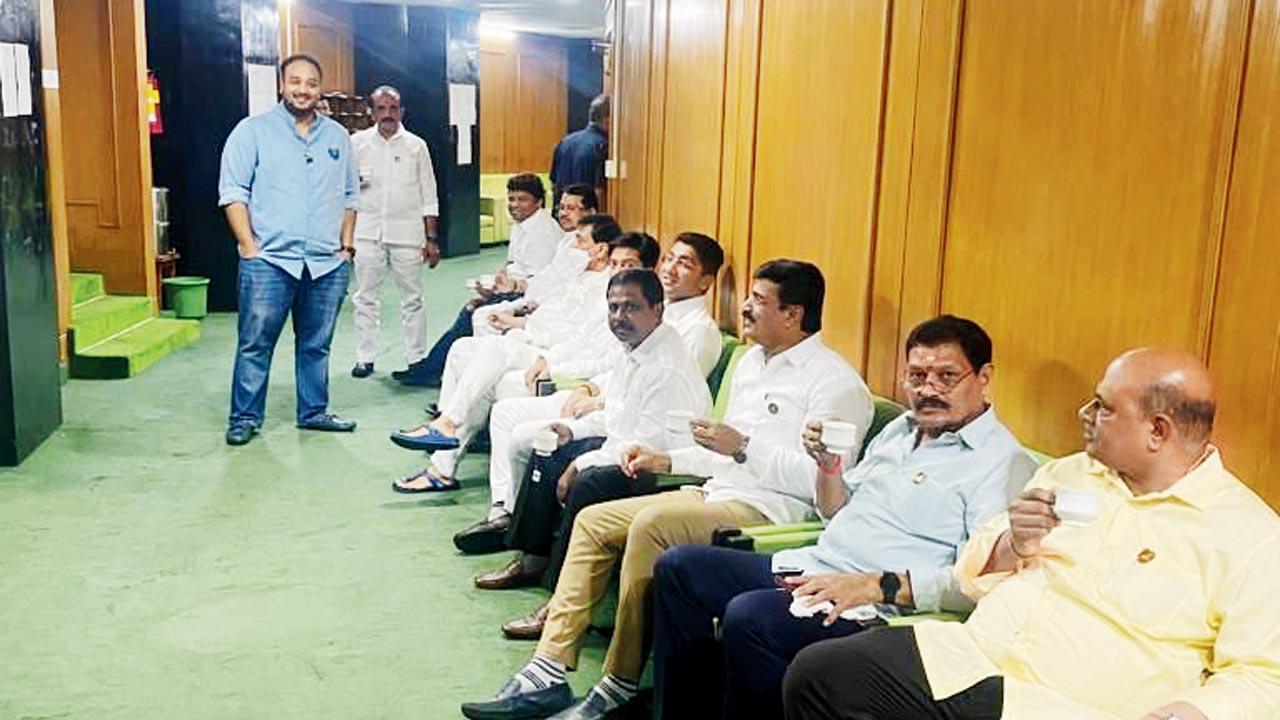 Talks about rolling heads in the Mumbai unit; cross-vote in MLC polls, no trust MPs vote on probe agenda

News of the appointment of the party’s Central Observer, Mohan Prakash, had sparked speculation that the Congress would bring organizational changes in Maharashtra, more so due to the controversies that erupted due to cross-voting in the legislative council polls, the absence of MPs in the ground test and the renaming of two towns by the outgoing then Government of Maha Vikas Aghadi.

And with Prakash arriving in Mumbai on Saturday for a three-day “fact-finding” visit, the knives are out. A section of Congress said that although the leadership of the state is safe, the Mumbai leader’s position was in a danger zone because the party’s MLC candidate, Chandrakant Handore, who lost in the cross-vote then that he was the first choice, demanded action against those responsible. To the party’s embarrassment, its first-choice candidate lost but second-choice Bhai Jagtap won. Handore met with Rahul Gandhi to seek disciplinary action against the official.

Handore’s supporters demanded that the leader be compensated by giving him the office of Mumbai unit president. However, Handore is already the incumbent president of the state unit and is likely to face limitations while working in the city unit which faces municipal elections later this year. And if the party were to replace Jagtap, at least three more are in the area for consideration. Some of them are lobbying the high command, party insiders said.

One of the potential candidates is former City Speaker and former Union Minister Milind Deora. He has come out of his hibernation and is keenly interested in party affairs. Earlier this week, he wrote to the CM and Deputy CM to redraw the civic quarters of Mumbai and redo the reservation as it favors the Shiv Sena.

The other is also a former president and city MP, Sanjay Nirupam, who had a long stint ahead of the 2019 Lok Sabha elections. Deora replaced him but later resigned, making way for the late Eknath Gaikwad as interim president. Jagtap arrived in December 2020.

Another candidate who missed the bus in 2020 is Dr. Amarjit Singh Manhas. He was welcomed as state unit treasurer after losing to Jagtap in the race for Mumbai leader.

In a meeting with Gandhi, the incumbent President of the State Congress, Arif Naseem Khan, discussed the wrong message the party gave to the minority by playing the mute spectator of the renaming of Aurangabad (to Sambhajinagar ) and Osmanabad (in Dharashiv). It is alleged that the MVA Congress ministers did not oppose or stage a walkout, as decided by the party leadership, when the issue was raised at the Cabinet meeting, which s turned out to be the last. A senior Congress official said questions had been raised about the flippant approach of the Congress Legislature party not briefing ministers in a pre-cabinet meeting.

One leader, who attended a rally at the residence of a senior minister the night before the Cabinet meeting, said: “When briefed on developments and Sena’s insistence on doing approve a last-minute proposal, the high command ordered the ministers out when the going gets tough. All but two of the other ministers defied the party directive,” he said.

Missing in vote of confidence

The absence of a dozen party MPs in the July 4 confidence vote is also expected to be echoed by Prakash. Some said they arrived after the doors of the Assembly had closed for the ballot. Others blamed the traffic. Some had requested permission to take time off for personal reasons during the speaker’s poll and the floor test, which took place back-to-back within two days.

Top leader Ashok Chavan had clarified that they missed the vote because they assumed that, in keeping with House tradition, the count would begin after speeches from both sides. However, the vote split took place before the speeches were delivered that day. But what caught the eye was Chavan’s statement that since the previous day’s presidential poll had given the government 164 votes, their [Congress MLAs] presence or absence would have made no difference.

The central observer will meet with leaders and other stakeholders over the next three days and submit his report to the high command on the issues he has been tasked to investigate further.