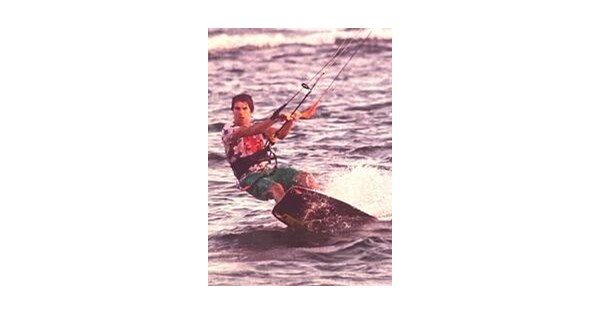 Brian Gruthoff, 56, passed away peacefully at St. Elizabeth’s Hospital in Appleton, Wisconsin on Monday, December 27, 2021. Brian was born in Norwalk, Connecticut, on December 30, 1964, and then moved to Appleton, Wisconsin with his family, where he graduated from Appleton West High School in 1983. Brian loved adventure and the outdoors. This love led Brian to become one of Wisconsin’s first certified windsurfing instructors. He also loved mountains and snow, and in 1985 he followed his passions west to Boulder, Colorado where he lived until his death. In Boulder, Brian not only taught windsurfing at a local reservoir, but also opened Beach Street, a store for beach clothing, skateboarding, inline skating and snowboarding. While Brian’s store was successful, everyone who knew Brian knew that he never wanted to have a traditional 9 to 5 job. Brian decided that the best way to control his schedule was to own and manage. commercial real estate in Colorado and Wisconsin, which allowed him to pursue his many hobbies. Brian was a natural athlete. His favorite hobbies included kitesurfing, boating, golfing, fishing, bird hunting, and hiking. Brian combined his love of kite surfing with his passion for travel and spent six months of the year exploring the world. The rest of the year he was found visiting with family and friends, pursuing these many passions. Brian was married to Mary Kane from 1994 to 2007. They were blessed with two children, a daughter Sophie and a son Benjamin, both of whom share his love of travel and adventure. Brian has lived life with enthusiasm. He never stopped moving and has always been the life of the party. He had a taste for life that touched everyone he met. Brian had many friends around the world. He was beloved and will be dearly missed. Brian is survived by his daughter Sophie Gruthoff and his son Benjamin Gruthoff; his mother Emmalee Gruthoff-Schomisch, his brothers David Gruthoff (Christine) and Collin Gruthoff; her half-sisters Mary Hall, Sarah Janz (Thomas) and her half-brothers John T. Schomisch, Jr. (Shellie), Joseph K. Schomisch (Amy) and David L. Schomisch (Heather Schimmers). He is predeceased by his grandparents Edward and Catherine Pagni and Evelyn and Fletcher Gruthoff, his father Fletcher Gruthoff and his stepfather J. Thomas Schomisch. In lieu of flowers, memorial donations can be made to Heifer International on Brian’s behalf. https://www.heifer.org/

Rampuri knives looted only the poor under the Samajwadi Party regime: Yogi Adityanath