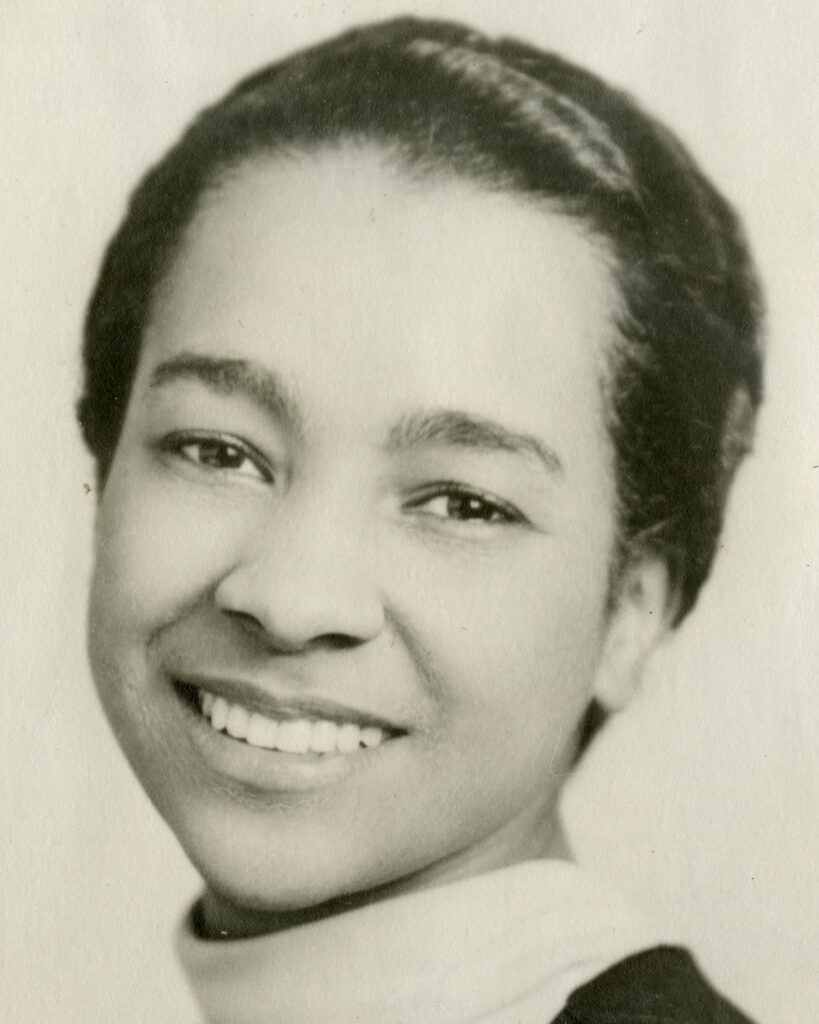 In 1941, budding student activist Jean Emily Fairfax responded to the war in Europe by presiding over “Famine Day” on the University of Michigan campus. She encouraged her fellow students to donate the cost of a meal to help international refugees.

At UM’s two-day Spring Parley, Fairfax presented a pacifist perspective under the theme “The Student Looks at War and Peace”. The event, according to The Michigan Daily, was designed to “stimulate individual thinking” and featured panel discussions between faculty and students.

Even as a freshman in 1937, the young scholar distinguished herself when she was a member of the national freshman honor society, Alpha Lambda Delta.

But despite his contributions to academics and student life, Fairfax encountered a segregated housing system that required him to live off campus. The exclusion didn’t deter her, however, and Fairfax’s experience at UM is more than a tale of discrimination.

The personal and academic success of Fairfax and many others is documented in stories and papers as part of the Bentley Historical Library’s long-term African American History Project at UM.

“This project begins, as it should, with the lives of African-American students in college, and we call this website, appropriately, the African-American Student Project,” said Angela Dillard, a professor at Richard A. Meisler Collegiate of Afroamerican and African Studies and member of the Bentley Executive Committee.

The centerpiece of the website is a database that lists the names and years of attendance of every African-American student who enrolled in college between 1853 and 1956. The more than 3,295 entries may include city each student’s birthplace, local addresses, and membership in fraternities and sororities, as well as relatives who attended UM, revealing important family legacies.

The researchers intend to add to the content as new information becomes available.

“For most of the university’s history, the experiences of African American students were a combination of institutional barriers and the determination to overcome them,” Dillard said. “The website gives context to this by providing data while showing photos, stories, maps and more.”

The site includes an interactive map that essentially illustrates the history of residential segregation. It shows the off-campus residential model for students like Fairfax.

First, she lived at 622 S. Ashley St. in the home of Savonia L. Carson, former executive secretary of the Dunbar Center, a social service organization for Ann Arbor’s African-American community. As a sophomore, she lived in a boarding house at 132 Hill St., run by African-American musician Levi Bates and his wife, Lena. And the following year, she moved into the university-owned “women of color” house at 1102 E. Ann St.

The Bentley site also features stories, autobiographies, and biographies about some of the notable African-American students who attended the university and the diverse nature of their experiences.

In the case of Fairfax, academic honors abounded. She was one of 27 sophomores selected for the prestigious honors program. The Phi Kappa Phi Scholastic Honorary Society selected her as a junior.

Outside the classroom, Fairfax promised Alpha Kappa Alpha, a sorority started in 1908 by African-American women at Howard University. She joined the Congregational Student Fellowship and was active in the Student Religious Association. A talented singer, she also joined the Union Chorale.

But the former student’s most lasting legacy came in direct response to the housing discrimination she faced. Fairfax was intrigued by the cooperative housing movement emerging on campus in the 1930s. She was instrumental in establishing the cooperative Lester House at 909 E. University Ave. Named for British pacifist Muriel Lester, the residence was the first interracial house for women on campus.

“What we found was that it was African-American students, their organizations, the local community, and African-American alumni who made a living on this campus, often unaided and with opposition. of the university itself,” said Terrence McDonald, director of the Bentley Historical Library.

“This was an important undertaking for the Bentley because historical records of African-American students, their living conditions, their organizations, and their overall experiences on this campus are sadly sparse.”

Bentley invites the public to use the database and provide more complete information or correct errors via a web form.

“This is a long-term project that is still in its early stages,” McDonald said. “We will need the public’s help to make this data as robust as possible and to add additional archival sources on the African-American experience to our holdings.”

As for the legacy of Jean Emily Fairfax, Lester House continues in the Inter-Cooperative Council, now located at 900 Oakland Ave.