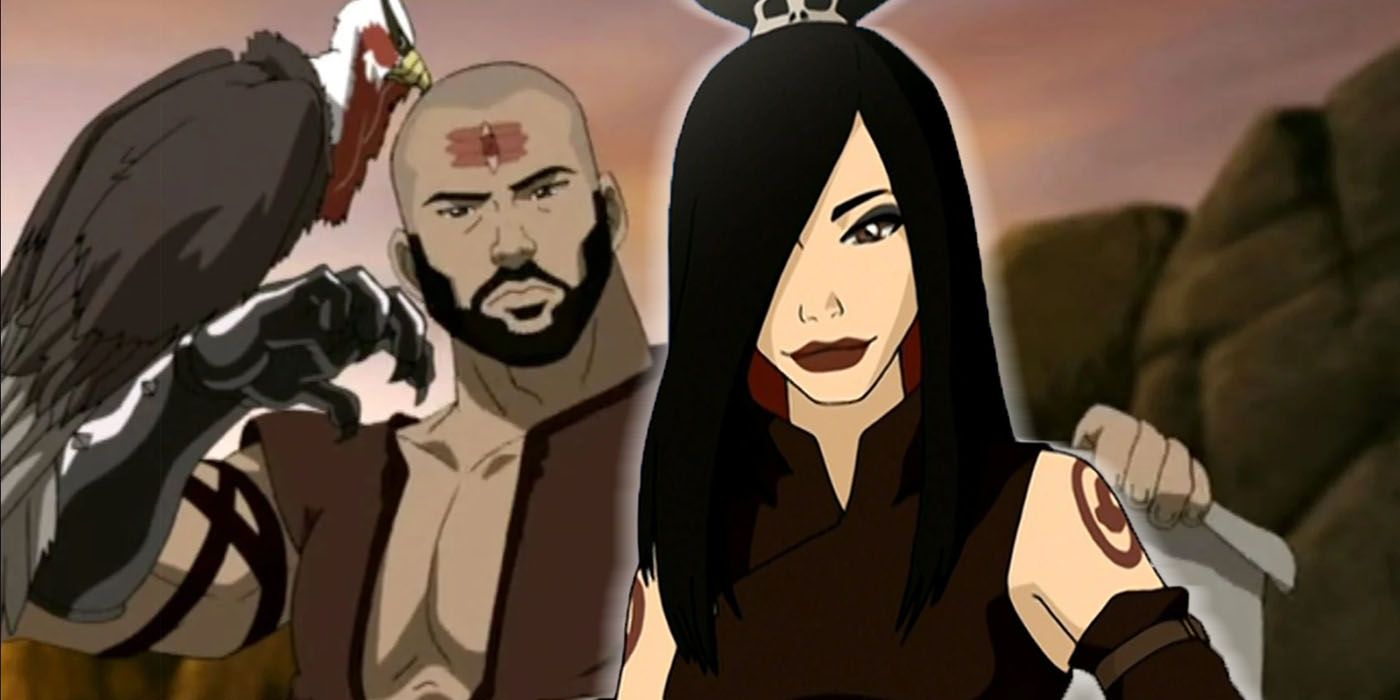 June and her shirshu Nyla were effective stalkers in Avatar, but Combustion Man was one of the deadliest fighters in the world.

Between the battles for good and evil, there were some in Avatar: The Last Airbender just trying to make a living in the world. Taking payment from Zuko to hunt down the Avatar, bounty hunter June and mercenary Combustion Man have proven to be deadly effective in their own ways. With completely different strategies for stalking their prey, fans wonder: which of the two deserves the title of Avatarthe greatest bounty hunter?

First introduced in the first book’s “Water Tribe Bato”, bounty hunter June does quite the trick. Avatar start. Turning out to be a Fire Nation native, her shirshu Nyla tears up Zuko’s ship on a mission before Zuko himself enlists the couple’s services. Nyla needs nothing more than the scent of her target to follow them across continents, and is one of the fastest creatures on earth in all of them. Avatar. Aided by a tongue smeared with paralytic toxin, June and Nyla quickly prove capable of stalking the Avatar using nothing more than Katara’s necklace. And yet, they still may not be the best hunters in the Fire Nation.

In the third book, Zuko ends up recruiting a silent character later known as Combustion Man for the same task of hunting down the Avatar. The Metal-limbed Firebender possesses a unique talent never seen elsewhere in the original series, with his mastery of combustion creating devastating explosions that tear apart every attack and defense thrown against him. He stalks Aang and his friend relentlessly, finding them wherever they go and forcing them into a fierce fight that they barely survive. Comparing her abilities to those of June and Nyla, there is a clear difference in strategy.

June and Nyla would apparently have the edge on several measures. Nyla’s speed and tracking abilities are second to none, and with her help, June was able to find Aang and his friends in a single day. Later, when she was recruited to find Iroh, she managed to do so even when the old master was hidden in the White Lotus encampment – where no one else in the Fire Nation knew they were present. . Nyla’s tongue even manages to take Katara and Sokka down with almost no effort, and while Combustion Man was one of the Avatardeadliest fighters in, he’s never made apprehending his targets so easy.

RELATED: Legend of Korra: Mako Is Avatar’s Most Underrated Firebender

And yet, it’s important to remember that the two Hunters pursued Team Avatar in very different contexts. Not only was Combustion Man facing much more mature, powerful, and skilled versions of the team when he was recruited later in the season, but he actually had to complete his mission under the secrecy that Zuko had hired him to do. . While the world believed the Avatar was dead, Combustion Man used a trained Bird of Prey and Informants to help hunt down Aang in much more restrictive means than June and Nyla never had to endure. As the massive shirshu burst into place after place during the hunt, Combustion Man built clever ambushes that the Avatar team had to rely on luck to escape.

While this ended up making him a villain, there’s no doubt that Combustion Man was much more committed to getting his job done. Even when Zuko ordered him to give up his mission and offered him a bigger payment to do so, Combustion Man fought to the end. June and Nyla were much more inconstant in their interests, losing interest after payment and rarely recurring.

With all of that in mind, it seems the question is settled: Combustion Man was Avatarthe greatest bounty hunter. Just like Boba Fett from Star wars, it seems there’s something about the mysterious, silent type that makes some of the greatest hunters a villain can hire.

Brenton sort of graduated from college amid a decades-long pop culture frenzy that he continues to this day. His interests range from philosophy, literature, and the arts to comics, cartoons, television, and Dungeons & Dragons. Follow him on twitter @ BrentonStewart6 or email us at [email protected] if you have great things to say!