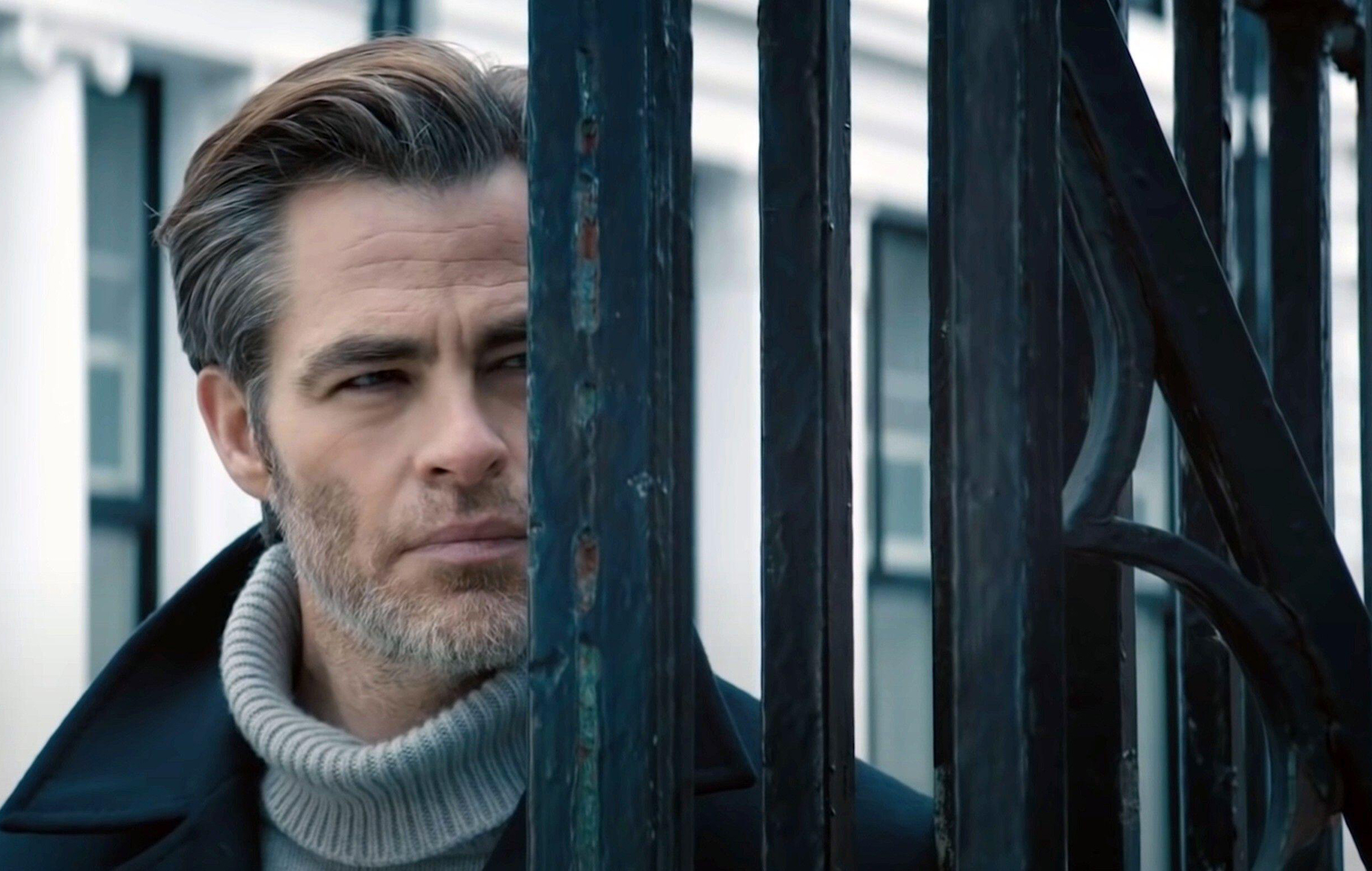 Most hijacking movies are action-packed, like “Air Force One” (1997), “Non-stop” (2014), and “United 93” (2006). “All the Old Knives” takes a calmer, more dramatic approach that leaves viewers feeling the suspense throughout the film.

The film, which was released on Amazon Prime Video on April 8, follows the CIA agent Henry Pelham (Chris Pine) as he tries to find the mole for the CIA team that responded to a 2012 plane hijacking. Henry is sent to interview Celia Harrison (Thandiwe Newton), his former lover and colleague at the time of the attack. The film immerses the viewer in the plot with flashback scenes as the couple recount the events of Flight 127 in a nearly empty restaurant.

A slow-burning drama, the film shows constant flashbacks revealing the details of the attack and the connection between Celia and Henry. Despite their deep relationship, the two have a troubled past that impacts their ability to cope while learning information about the hijacking. Their connection and Henry’s complicated past is what ultimately contributes to the dramatic plot twist at the end of the film.

As they talk in the restaurant, Henry recounts his time working as an agent in Russia, during which he had a connection with an informant named Ilyas Shushani (Orli Shuka) who later became radicalized. In an effort to protect Celia, Henry becomes the mole during the 2012 hijacking.

Eight years later, Celia reveals her knowledge of Henry’s actions as a mole and is visibly devastated when Henry reveals he did it for her protection. In a display of dramatic irony, audience members are aware that each character entered the restaurant with a plan to kill each other while unaware of the other’s plans. Henry had hired a hitman and Celia was working with the CIA on an assassination plot. The realization of Henry’s good intentions hurt Celia, as she concluded that the CIA’s plot to poison Henry’s wine and make his death look like a suicide was irreversible. As Celia cries while letting Henry suffocate in the restaurant, the audience is left with a demonstration of Celia’s previous love for Henry. In his dying breaths, Henry is unable to speak with the hitman, so Celia is the only one to make it home alive.

The plot twist at the end was done wonderfully, as the majority of the runtime is spent getting the audience to be wary of others. Henry being the mole came as a big shock, but the biggest surprise was Celia’s cooperation with the CIA after she appears to have left the agency. The multiple twists at the end were phenomenal, because they not only created more dimensionality in the characters, but also because they were heartbreaking. This couple who had so much history together had fallen apart, and when there was a glimmer of hope for their future once Henry explained his actions, it fell apart completely when Celia confessed that the wine was poisoned.

Although the film was an intentional slow burn, at times it felt a bit too progressive of a buildup. Some scenes felt unnecessary and even remained slightly unresolved. For example, there were so many questions left around the character of Bill Compton (Jonathan Pryce), Celia’s boss during the 2012 attack who was vaguely introduced as the mole by Harry. However, its significance remains unaddressed and the storylines seem redundant.

One particularly exciting aspect of the film was the limited main cast. The cast gave incredible performances that showed the intensity of their desperation in both the 2012 and 2020 scenes. Newton offered a wide range of emotions, such as admiration, fear, disgust and curiosity, as she faced the horrors of her job and Henry’s betrayal. . Vick Wallinger (Laurence Fishburne), the head of the CIA task force, embodied the false reliability by tasking Henry with finding the mole, despite knowing that Henry was responsible for leaking information.

While the entire cast was phenomenal, one of the most impressive performances was Pine. His intensity throughout the film was truly compelling. Henry’s determination and commitment to finding the mole created the need to guess the motives of all the other characters. Even after it was revealed that he was actually the mole, Pine was able to drastically alter his performance to make it clear that Henry’s main concern was Celia’s safety. Even in his dying breaths, Pine portrays a form of Henry so consumed with love that even if he could have spoken, it’s unclear if he could have ordered his death.

In addition to excellent acting, this film was also visually stunning. There were three main sets: the chaotic and bustling CIA office, the dark and intense interviews surrounding the hijacking, and the warm-toned restaurant. The contrast between Henry and Celia’s romantic relationship in the past and their intense conversation in the present illustrates the time that has passed and how their lives have matured since 2012. In particular, the warmer tones of the restaurant testify of closeness and love. that Henry had for Celia, compared to the cool colors of the scenes where he interviewed informants. The minimal variation in settings was a nice choice that reflected both connections and character development.

I don’t often find a drama movie that leaves me truly surprised, but “All the Old Knives” not only kept me guessing until the end, but also had a heartbreaking conclusion. With incredible character connections and plot development, “All the Old Knives” is a movie I recommend to anyone looking for a dramatically intense film with a phenomenal ending.