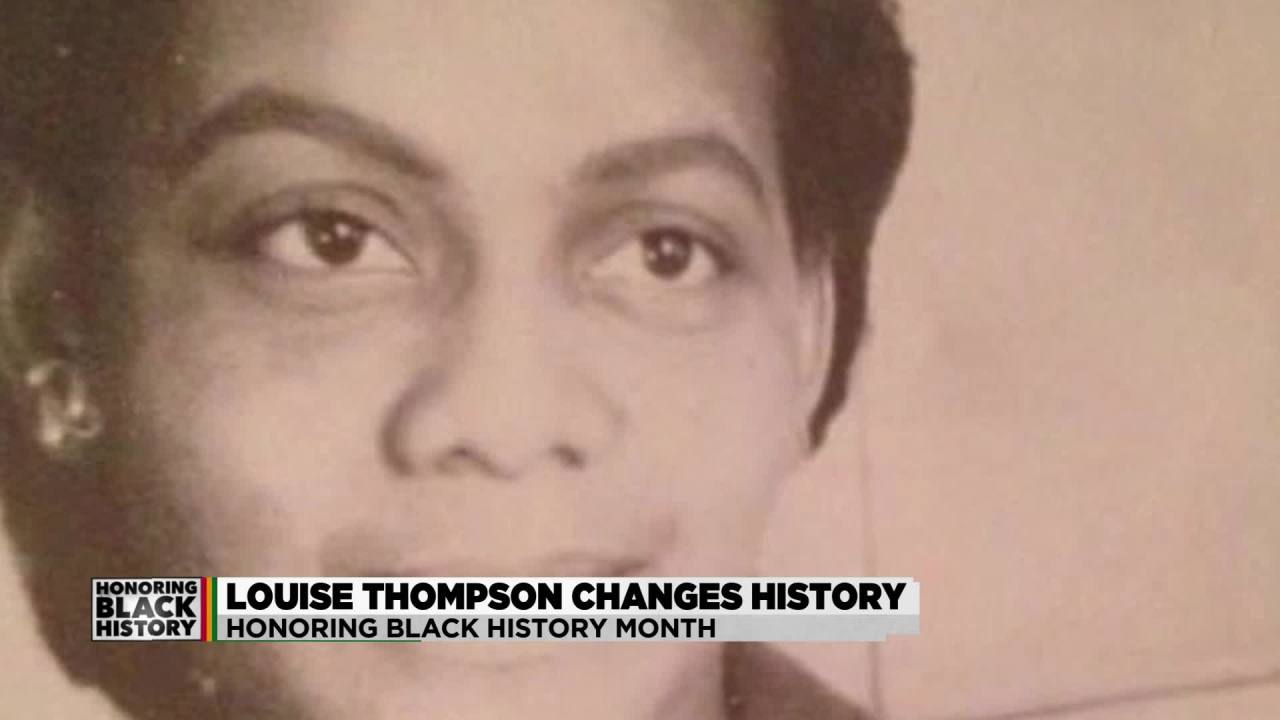 DOTHAN, Ala. (WDHN) – One woman who paved the way for many African Americans to work in Dothan’s medical field is Louise Thompson, a living history book.

Serving with Dr. Paul Flowers, his journey is unique and a bit risky.

Louise Thompson, originally from Dothan, worked for Flowers Hospital from 1950 to 1985, but her story as a story maker doesn’t start there.

“I had quit school because I had no clothes to wear and no shoes, my dad was a drunk,” Thompson said.

Without a high school diploma, she started changing bed linen at what was known as Moody Hospital in downtown Dothan.

“They want someone to clean the rooms when a patient comes home,” Thompson said. “I hadn’t gone to any school to go to nursing school or anything.”

All it took was one manager to see his potential and ask one question, “How would you like me to send you to surgery?”

She couldn’t even answer. She said it’s okay, she said I’ll call there and send you to surgery.

“They taught me how to do all of this, getting the spay kit, this and the other,” Thompson said.

Soon his attention to detail caught the attention of Dr. Paul Flowers.

“He was like, ‘Louise, come put this patient to sleep so I can do the surgery on her,'” Thompson said.

A risk from Dr. Flowers which could have earned him a lawsuit in the event of a problem.

Being his assistant caused a lot of internal racial turmoil for Thompson.

“The white nurses didn’t like it, because I had never been to school,” Thompson.

Additionally, Thompson told WDHN that black patients should be treated in the basement of the Moody Building.

“The basement is where the blacks went,” Thompson said.

She says a doctor would treat black patients as less than human, she had to take medicine for them to heal.

The lack of care from a doctor has always worried her.

She remembers a story of a black man in the emergency room. “By the time this man got to him, he was dead darling,” Thompson said.

She tried to help and it was too late.

“I was covered in blood, the man was gone,” Thompson said.

After leaving the Moody Building, she followed Dr Flowers when he established Women’s Hospital on Main Street in Dothan.

“He wanted it because it was a two-story building and it already had an elevator, and he wanted me to come and work there, so I did,” Thompson said.

The hospital grew and Thompson was still serving alongside it when they moved again in 1955.

“He went out on 84 and built Flowers Hospital and I was right there,” Thompson said.

Her family will forever cherish the mark she left in history.

“She had a good relationship with Dr. Flowers,” said Lousie Thompson’s granddaughter, Felechia Hill. “And the staff there, but she also had challenges there too, but I think the most important thing is that she persevered.”

“Those stories have been passed down, and that’s what makes us who we are as a culture,” said Lousie Thompson’s grandson, Jammilah Thompson.